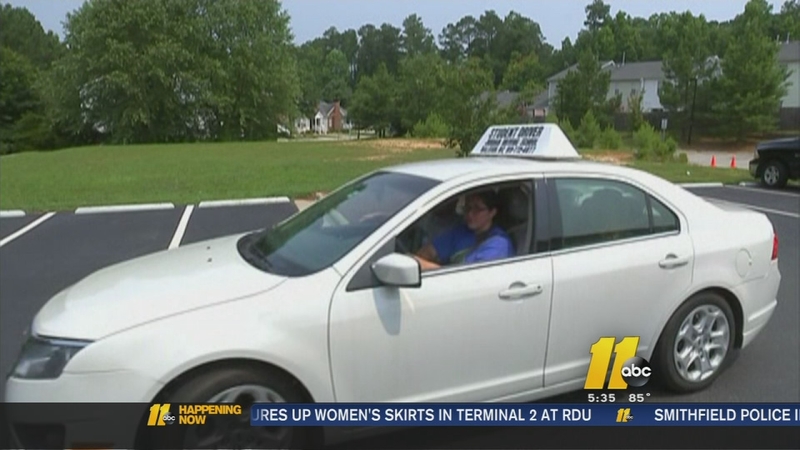 RALEIGH (WTVD) -- Nearly one-third of North Carolina school districts are putting the brakes on their driver's education classes this summer.

The move comes as state lawmakers continue to debate a budget deal that could halt the program entirely.

The Senate proposal would cut state funding for the driver's ed program and move it to the state's community colleges.

Doing so could push the course fee from $65 to as much as $400 in some counties, leaving parents to foot the bill.

"It's definitely something that would put a burden on us," said parent Amy Horton.

"You're hearing about why are the funds being cut, and will we be able to get driver's ed in," said Long.

Jordan Driving School will continue new classes through August, but dozens of school districts across the state have already suspended summer courses.

Out of North Carolina's 115 school districts, more than 40 have stopped classes.

Many school districts say the cost to run the program on their own is too expensive.

Johnston County Schools has decided not to accept any new students this summer.

Driver's education is mandatory in North Carolina for anyone younger than 18 who applies for a learner's permit.

"In some cases the parents don't really know what or how to teach to give them the basics to get started," he said. "Things like running off the road, over steering, not judging brake distance and all that, without any practice or instruction can present problems."

Click here to see plans for your school district.