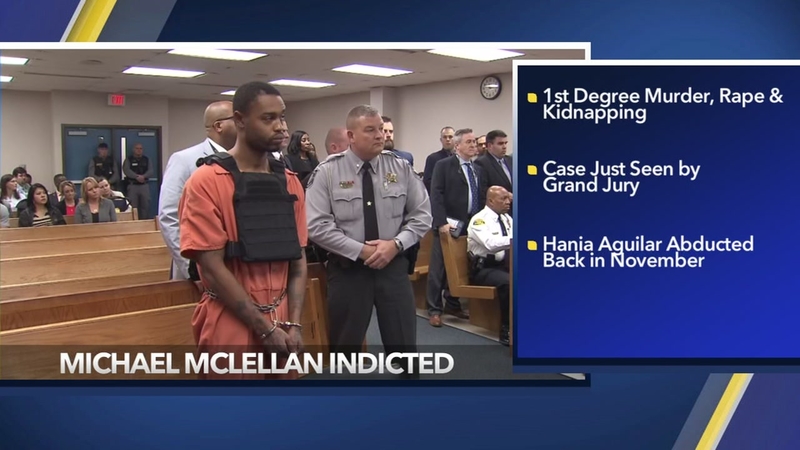 ROBESON CO., N.C. (WTVD) -- The man accused of strangling 13-year-old Hania Aguilar has been indicted in the case.

That grand jury indicted McLellan in the case. That is a procedural step in moving the case forward in the court system.

After he was connected to the Aguilar case, Robeson County District Attorney Johnson Britt learned McLellan's DNA matched a 2016 rape case that had been improperly handled by the sheriff's office.