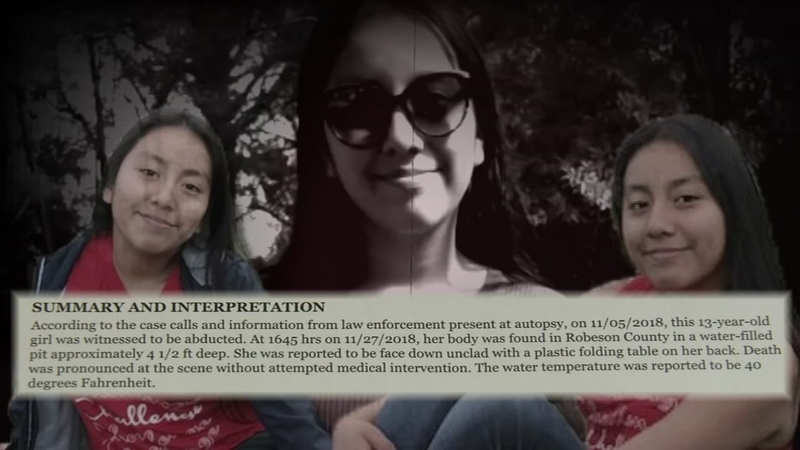 LUMBERTON, N.C. (WTVD) -- Hania Aguilar, who was kidnapped from her Lumberton home in November 2018, most likely died from suffocation, according to a report just released by the Office of the Chief Medical Examiner.

The autopsy report was made public Wednesday.

The report also stated that the medical examiner found evidence consistent with that of a sexual assault.

Aguilar was kidnapped Nov. 5 from outside her family's home as she waited to go to school.

Local law enforcement enlisted the help of state and federal agents in a desperate search to find Aguilar and bring her back home. However, 22 days after her kidnapping, agents found her body about 10 miles from where she was abducted.

Ten days after her body was found, the FBI and Lumberton Police Department announced the arrest of Michael Ray McLellan, who was already in custody for charges related to a different case.

However, investigators had McLellan's DNA and the rape kit from the 2016 case before Aguilar was kidnapped.

Robeson County District Attorney Johnson Britt said if law enforcement had properly handled the rape kit, McLelland would have been behind bars and never had a chance to harm Aguilar.