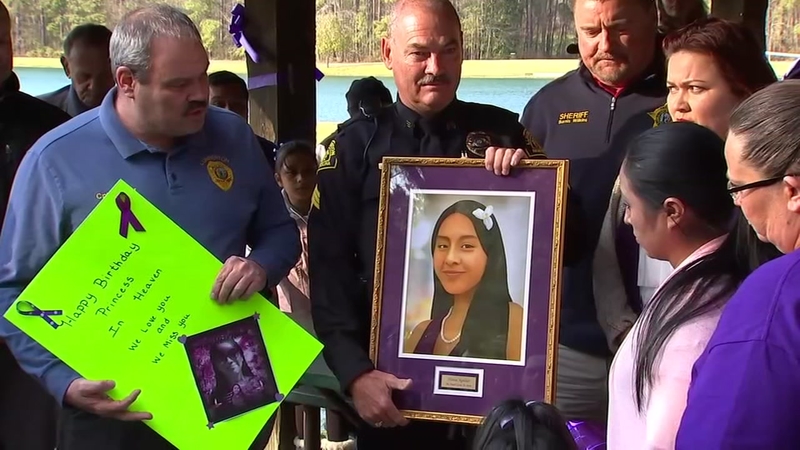 LUMBERTON, N.C. (WTVD) -- Family and friends of Hania Aguilar, who was kidnapped from her Lumberton home in November 2018, are remembering her on what would have been her 14th birthday.

Hania's body was found on Nov. 27 off Wire Grass Road.

The community held a balloon release in her honor on Thursday.

"It was hard the first weeks but everybody got through it and we all know she's in a better place now," said Keandris Primer/Hania's classmate. "It warms my heart to know that people still care and that she's still out there."

Hania's mother joined the community in releasing balloons at exactly 6 p.m.- that's when Hania was born.

They also cut a cake and sang Happy Birthday.

"Everybody is still upset," said Joyce Simmons, who helped organize the event. "We had something at the school for her birthday as well. The children are still trying to get over it. It's still so sad about this child getting done like this."

"I will keep working hard for justice my daughter. I don't want her death to be in the eye," said Hania's mother.

Michael Ray McLellan, 34, has been charged in the case. He is facing multiple charges including first-degree murder and first-degree forcible rape.

However, investigators had McLellan's DNA and the rape kit from the 2016 case before Aguilar was kidnapped.