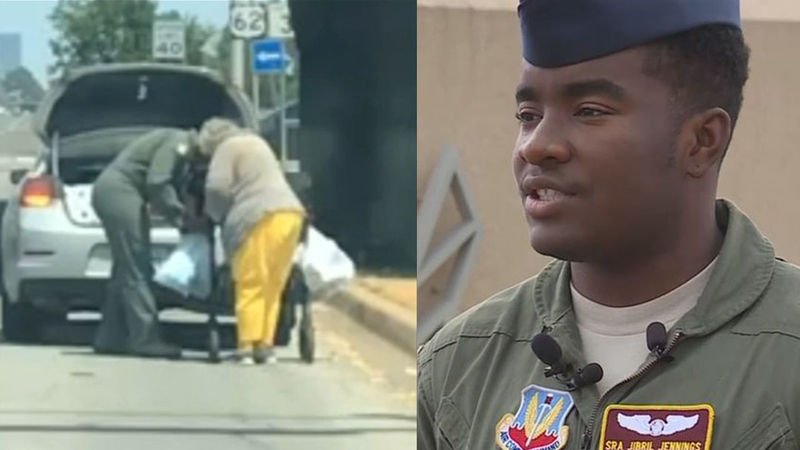 Act of kindness caught on camera in Oklahoma

OKLAHOMA CITY, Okla. -- A man's simple act of kindness is going viral and touching hearts at the same time.

Senior Airman Jibril Jennings was driving on a busy road in Oklahoma City when he noticed drivers starting to swerve. There was something on the road that drivers were trying to avoid.

Turns out, that something was a woman, 71-year-old Janice Hall. She was walking in 100 degree heat, struggling to carry groceries home.

No one stopped to help her.

No one, until Airman Jennings.

He helped Hall load the groceries into his car, then drove her two miles to her home.

Neither Jennings nor Hall knew their encounter was being recorded. But it was. That person posted it online.