DoD releases names of 6 US troops killed in Afghanistan 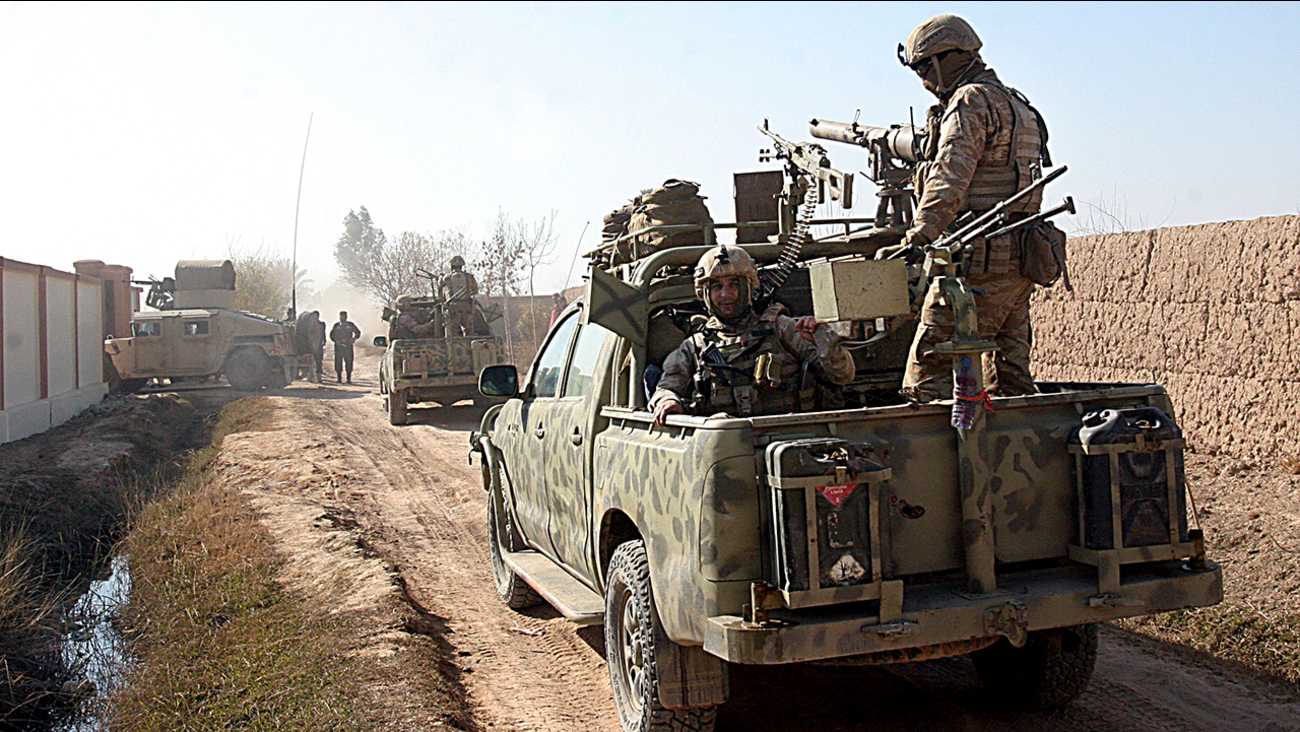 The Department of Defense has released the names of the six American airmen who were killed Monday when a suicide attacker rammed an explosives-laden motorcycle into a joint NATO-Afghan patrol.

The attack was the deadliest against international forces since August. Two U.S. troops and an Afghan were wounded.

The attack happened as Taliban fighters overran a strategic district in southern Helmand province, the scene of some of the deadliest fighting between the Taliban and international combat forces prior to the 2014 withdrawal, adding weight to Pentagon predictions that the insurgency is gaining strength.

The soldiers were targeted as they moved through a village near Bagram Airfield, the largest U.S. military facility in Afghanistan, NATO and Afghan officials said. The Taliban claimed responsibility.

The six who died were:


"Our heartfelt sympathies go out to the families and friends of those affected in this tragic incident, especially during this holiday season," U.S. Army Brig. Gen. William Shoffner, head of public affairs at NATO's Resolute Support base in the Afghan capital Kabul, said in a statement Monday.

In Washington, White House press secretary Josh Earnest said the nation's thoughts and prayers are with the victims, their families and their loved ones, and that the U.S. will continue to work jointly with Afghans to promote peace and stability in their country.

Secretary of Defense Ash Carter in statement called the attack "a painful reminder of the dangers our troops face every day in Afghanistan."

Meanwhile Tuesday, it was announced that British troops are being sent to help the army maintain control of Helmand Province, a strategically important district where many Afghans believe the Taliban are winning.