Mother of boy, 6, killed in California road rage shooting: 'It feels like my life is over' 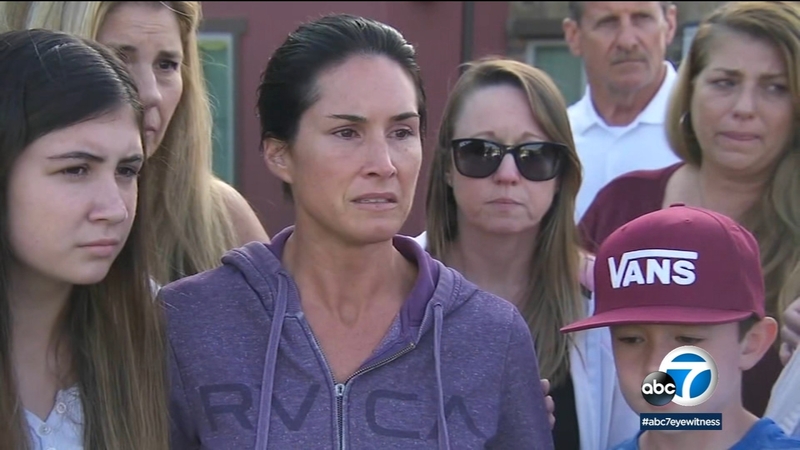 ORANGE, California -- The devastated mother of 6-year-old Aiden Leos is talking for the first time since her son was shot and killed in a road rage incident on the freeway in Southern California.

The young boy was killed Friday morning as his mother was driving him to school on the 55 Freeway.

"This is not OK...whoever these people are and for whatever reason, this is not OK. It should never happen again. So whatever help this does, that's my intention, is for my son," said Joanna Cloonan, the boy's mother.

Authorities say someone shot at the car from a newer model white sedan, possibly a Volkswagen, and struck Aiden, who was sitting in a booster seat. He was taken to the hospital where he was later pronounced dead.

The boy's mother and other family members gathered Saturday at a growing memorial on the Walnut Avenue overpass near the site of the shooting, where people have left balloons, flowers, stuffed animals and expressions of sympathy.

The family expressed their thanks for the outpouring of support from the community, but Cloonan also called for justice as her son's killer remains on the loose.

"They took my son's life away," Aiden's mother told ABC News' Zohreen Shah in an interview on "Good Morning America." "He was beautiful and he was kind and he was precious, and you killed him for no reason. And I want to find them and I want there to be justice to be served for my son."

Cloonan, the only other person in the car, was not injured in the shooting.

"He meant the world to me, and it feels like my life is over," she added. "That was my baby. I've never, never thought pain like this could exist."

Two GoFundMe pages have been started to help Aiden's mother and father.

It is believed the shooting was triggered by a road-rage incident. A man and a woman were in the suspect vehicle. The suspects remain outstanding. Anyone who may have information is asked to call the CHP's Santa Ana office at (714) 567-6000.