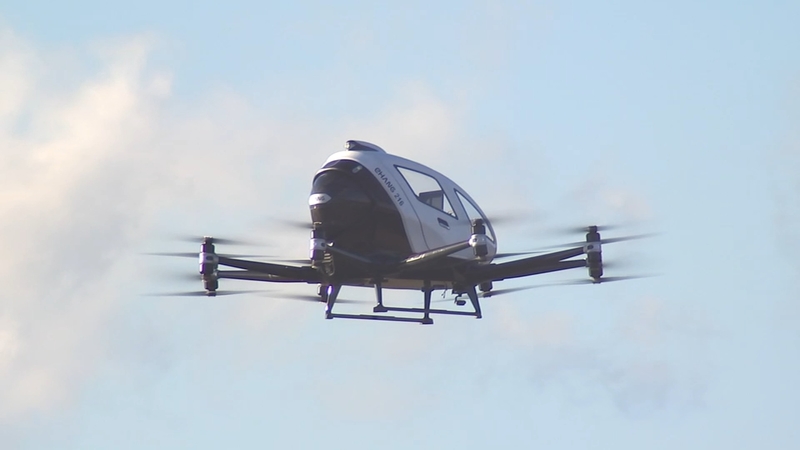 RALEIGH (WTVD) -- The future of public transportation was tested in Raleigh on Tuesday afternoon.

An air taxi, also known as an autonomous aerial vehicle, was on display at the State Highway Patrol Driving Facility on East Tryon Road.

The new technology could be used as passenger transport or cargo transport, although there is no timetable for when the air taxis could be rolled out to the public.

Gov. Roy Cooper said estimates by Morgan Stanley say there could be $1 trillion of economic impact across the country.

Derrick Xiong, Duke graduate and cofounder of Ehang, did his first flight four years ago at the Consumer Electronics show.