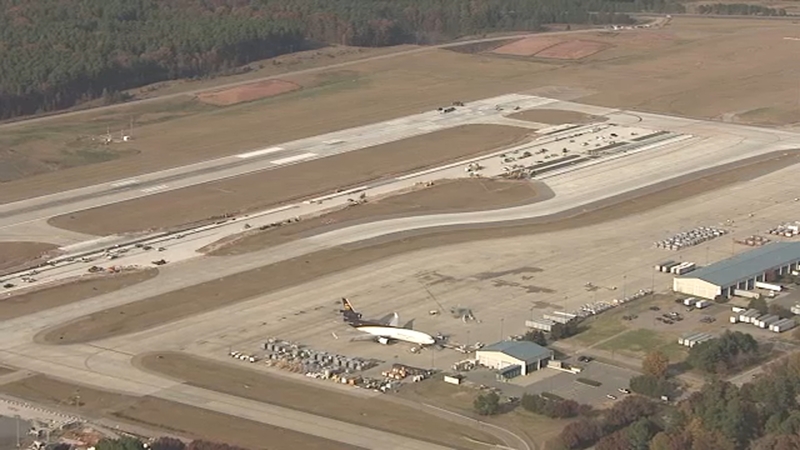 RALEIGH, N.C. (WTVD) -- Raleigh-Durham International Airport announced it will be replacing and extending the primary runway, which will allow airlines to carry more passengers and cargo.

The Federal Aviation Administration determined that the new runway can be built at 10,639 feet. That is longer than the current 10,000-foot runway.

According to RDU officials, the runway is safe, but is nearly four decades old and needs to be replaced.

RDU has been replacing large slabs of concrete for several years as part of a runway preservation project. The additional length will also adhere to current FAA safety standards.

Both of North Carolina's U.S. senators supported the project.

"Over time, the airport's primary runway has experienced increased pavement deterioration. The FAA's recent runway length approval is a critical step to replace this aging runway," said Sen. Richard Burr. "I applaud the dedicated work of the Raleigh-Durham Airport Authority to ensure the runway replacement will adequately serve passenger and cargo operations for years to come."

Sen. Thom Tillis added that the replacement of the runway is "long overdue" and said he was pleased the FAA approved the proposal.