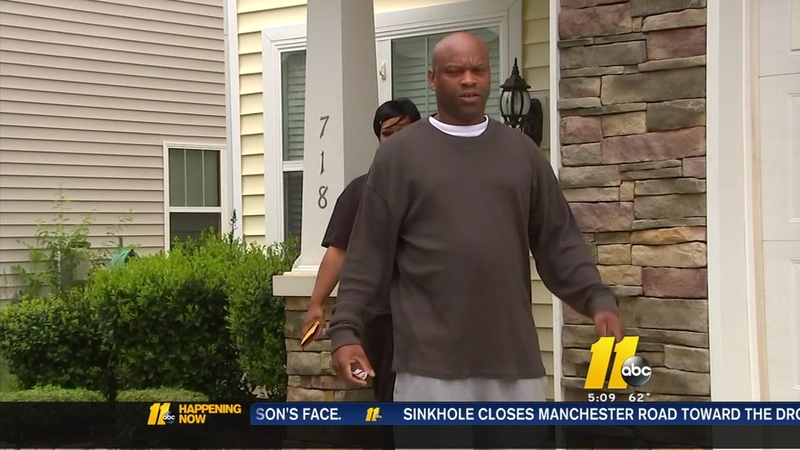 Aris Hines and Brandi Thomason were arrested last week and charged with two felony counts each of obtaining property by false pretense and common law obstruction of justice.


The charges stem from accusations that the couple used fake documents to enroll a 15-year-old star athlete from Nigeria at Eastern Alamance High School.

The pair is also accused of trying to enroll four teen girls from the Dominican Republic into schools in Alamance and Orange counties. Authorities are now looking for the girls for questioning.

Hines, a self-proclaimed coach, is also being investigated in Robeson County in a suspected voter fraud scheme in Nov. 2013.

"He's no more of a coach than I'm getting ready to be the next commander of the space shuttle. He preys on people," said Erich Hackney, an investigator with the Robeson County District Attorney's Office.

Hackney said Hines helped transport 18 male students in two separate vans to the local board of elections in an effort to vote.

Nine of the young men cast ballots before the group was questioned by a candidate.

"They walked outside and confronted the second van of students and the adults who brought them. When they started making inquiry, everybody left. The took off and got out of dodge," said Hackney.

The students, between the ages of 18 and 19 years old and from the U.S., were subpoenaed.

That's when investigators learned the teens were living with Hines in a home he rented at the time in Pembroke.

"Based upon the way he works and the different states that we know of, this is probably a tip to the iceberg," said Hackney.