It took 3 tranquilizer darts and 8 rounds to take down lion after deadly attack, police report says 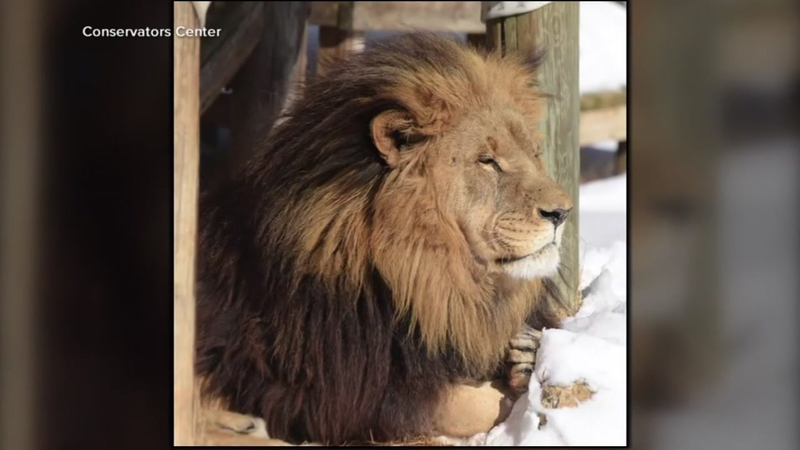 CASWELL COUNTY, N.C. (WTVD) -- A newly released police report details the chaotic moments after a lion attacked and killed a college intern at the Conservators Center in Caswell County during the weekend.

According to the report, it ultimately took three tranquilizer darts and eight shotgun rounds to put down the lion, named Matthai.

The report details the timeline of events as follows:

Late Wednesday, the Conservators Center released a statement about Black, the victim.

"Alex Black was a wonderful person. The Conservators Center continues to mourn Alex's passing and sends its deepest condolences to family and friends.

Our top priority has been and remains the safety of our staff, visitors, community, and animals. The Center is fully cooperating with all ongoing agency reviews of this incident.

"We are not at liberty to provide specific details about the incident, but we can confirm that the Center's personnel took direction from the on-site first responders, complied with their directives and provided all requested assistance.

"We are grateful for the outpouring of support from the community in response to this tragedy.

The Black family has requested donations be made in Alex's name to Wolf Park, and the Conservators Center echoes that request. Donations can be made here,

JUST IN: STATEMENT FROM CONSERVATORS CENTER
"Alex Black was a wonderful person. The Conservators Center continues to mourn Alex’s passing and sends its deepest condolences to family and friends." #ABC11 #lionattack

Calls grow for tighter regulation of Conservators Center and other unaccredited facilities.