10 timeless 'Alice in Wonderland' quotes to celebrate the 150th anniversary A timeline of live-action Disney movies

Thursday marks a very merry un-birthday for fantasy book lovers all over the world. It has been 150 years since the publication of "Alice's Adventurers in Wonderland" by Lewis Carroll, affectionately known to most people simply as "Alice in Wonderland."

The story of a little girl following a rabbit into a strange land has inspired countless movies (most notably the 1951 animated Disney film), musicals, parodies and even comic books. Audiences continue to fall in love with its eccentric characters and unpredictable plot, but perhaps what makes the story timeless more than anything else are the delightful things that Carroll and his characters say.

Here are 10 quotes from "Alice in Wonderland" that have stood the test of time:

"Off with their heads!" 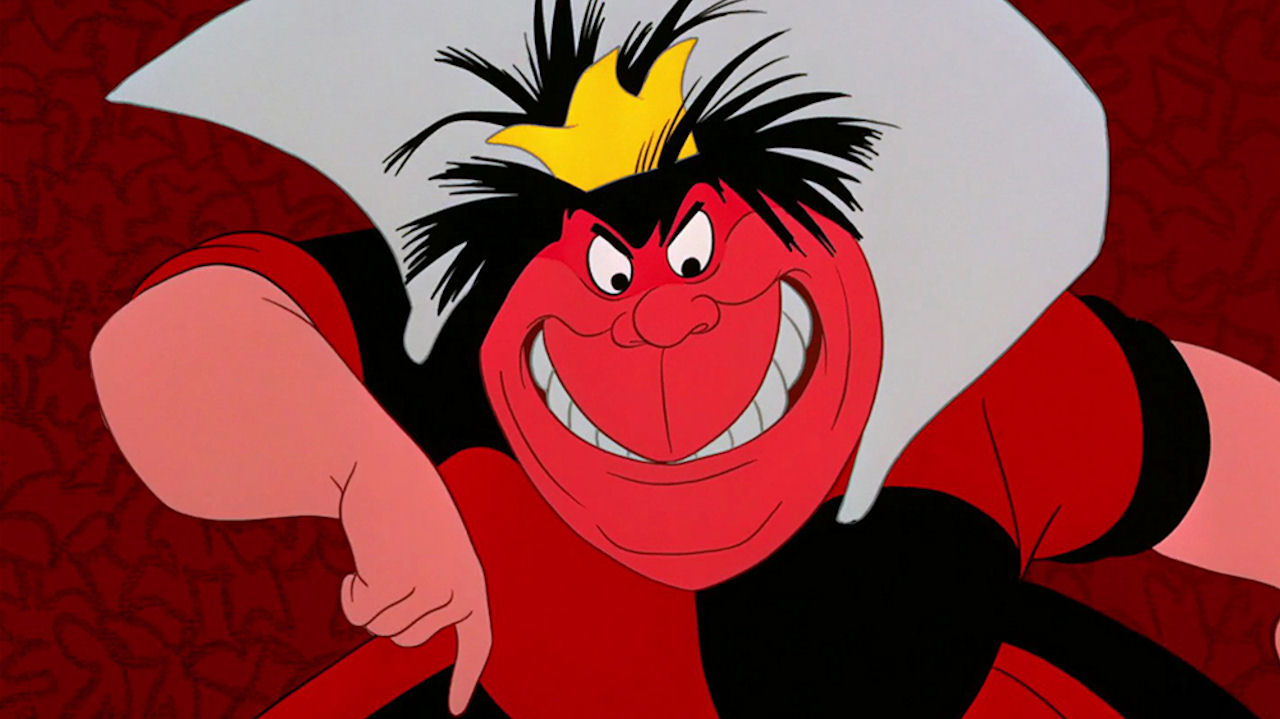 The Red Queen turns red in the face in the 1951 Disney film adaption of ''Alice in Wonderland.''

The fact that this catch phrase immediately brings to mind the image of the the Red Queen pointing and screaming until she's red in the face shows just how much this story remains a part of popular culture.


"Why, sometimes I've believed as many as six impossible things before breakfast."
If there's one thing that endears Alice in Wonderland to generations of readers, it's its charm. Some may call Alice naive for believing "impossible things," but those aren't the type of people who would chase a rabbit down its hole, so who needs them?

"It's no use going back to yesterday, because I was a different person then."
Alice (and many of Carroll's characters) are excellent at making statements that hold greater meaning. Alice is undergoing an identity crisis because she has grown and shrunk back down, but the literal conversation she has with the caterpillar lends itself to reflection about less physical types of changes.

"We're all mad here."
The Cheshire Cat says this to Alice in one of the most concise descriptions of the strange world down the rabbit hole. Unlike the world Alice left behind, "mad" isn't necessarily a bad thing. Here (and as you're reading), you should embrace a side of you that is quirky and unpredictable, and maybe when you get back to reality, you'll want to take a little of that with you.

"Curiouser and curiouser!"
Alice was so surprised by the strange circumstances she found herself in that she (and Carroll) made up a word, according to the Oxford English Dictionary. The expression is still used to mean that something is getting increasingly confounding. 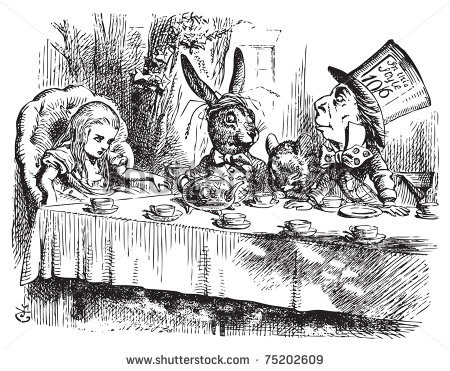 An illustration by John Tenniel from the original ''Alice's Adventures in Wonderland'' by Lewis Carroll.

This rather cheeky interruption of Alice by the Mad Hatter is why we love him but would also never want to meet him. Indeed, not having thoughts is an excellent reason to refrain from talking. But then again, the Hatter is one to talk.

"It takes all the running you can do, to keep in the same place. If you want to get somewhere else, you must run at least twice as fast as that!"

This piece of advice presents a glass half-empty, glass half-full scenario. Either it's cause for an existential crisis that we must work hard without making any real progress, or it's motivation to be the one that gets somewhere.

"'Who in the world am I?' Ah, that's the great puzzle!"
Here's another quote that's transcended its place in the story. Alice has undergone so much change in so little time that she doesn't know who she is anymore. Rather than fret over it, though, Alice considers her identity crisis to be a fun challenge, calling it a "great puzzle" to figure out.

"It would have made a dreadfully ugly child; but it makes rather a handsome pig."
This is an example of the story's dark but whimsical humor. A child is saved from the Red Queen's fury by transforming into a pig. Alice says it looks better the way it is, providing a bizarre lesson in optimism.

"'And what is the use of a book,' thought Alice, 'without pictures or conversation?'"
On the anniversary of the book's release, we're still talking about the way this book can invoke both amusement and contemplation in readers of all ages. What's a book without conversation, indeed.