The most memorable moments from 2016 American Music Awards

As the AMAs are decided by an online popular vote, both Hadid and Pharoah made light of the presidential election results by trading impressions of both Donald and Melania Trump. While the theater audience cheered the hosts, reactions were mixed online.

Just after Malik accepted his award for Best New Artist of the Year, it was a happy coincidence that his girlfriend, Hadid, was hosting the event so she could be the first to hug and congratulate him.

During the live show, Pharoah introduced the premiere of the new Apple Music commercial, starring Drake. The commercial features Drake pumping iron with his trainer while listening to music. But when his trainer leaves the room, he immediately switches the song to Taylor Swift's "Bad Blood," which he dances and sings along to, much to the AMA audience's enjoyment.

Sister of the legendary musician Prince, accepts a posthumous award on his behalf.

Prince was named winner of the Top Soundtrack Award for his 1984 album, Purple Rain, which served as the soundtrack to his film of the same name. It is also the third time the album was been awarded by the AMAs. The album re-charted at #2 on the Billboard 200 list following the singer's untimely death in April of this year.

Accepting the award on behalf of her late brother, Tyka Nelson gave a heartfelt tribute to Prince.

"He had the courage to be different," said Nelson. "With his vision and God-given talent, he is still one of the world's most respected and loved artists."

Fighting back tears, Nelson said, "We'll keep this for you at Paisley Park. Until we see you again, this is for you."

Lady Gaga steals the spotlight with an unexpected number.

In her first AMA performance in three years, Gaga did not disappoint as he performed a stripped-down version of "Million Reasons." From her new album, Joanne, the song incorporates a strong country music vibe that Gaga is perhaps least known for throughout her previous discography.

The performance was a surprise smash hit among the audience and viewers at home, and within minutes of her performance, both the song and album skyrocketed to the top of the Billboard Trending 140.

The often politically-charged punk rock band Green Day interrupted their own performance of their latest hit "Bang Bang" with a cover of the MDC song "Born to Die." According to the Rolling Stone, students have been using the song as a protest chant against Donald Trump, changing the last lyrics to "No Trump /No KKK / No fascist U.S.A." 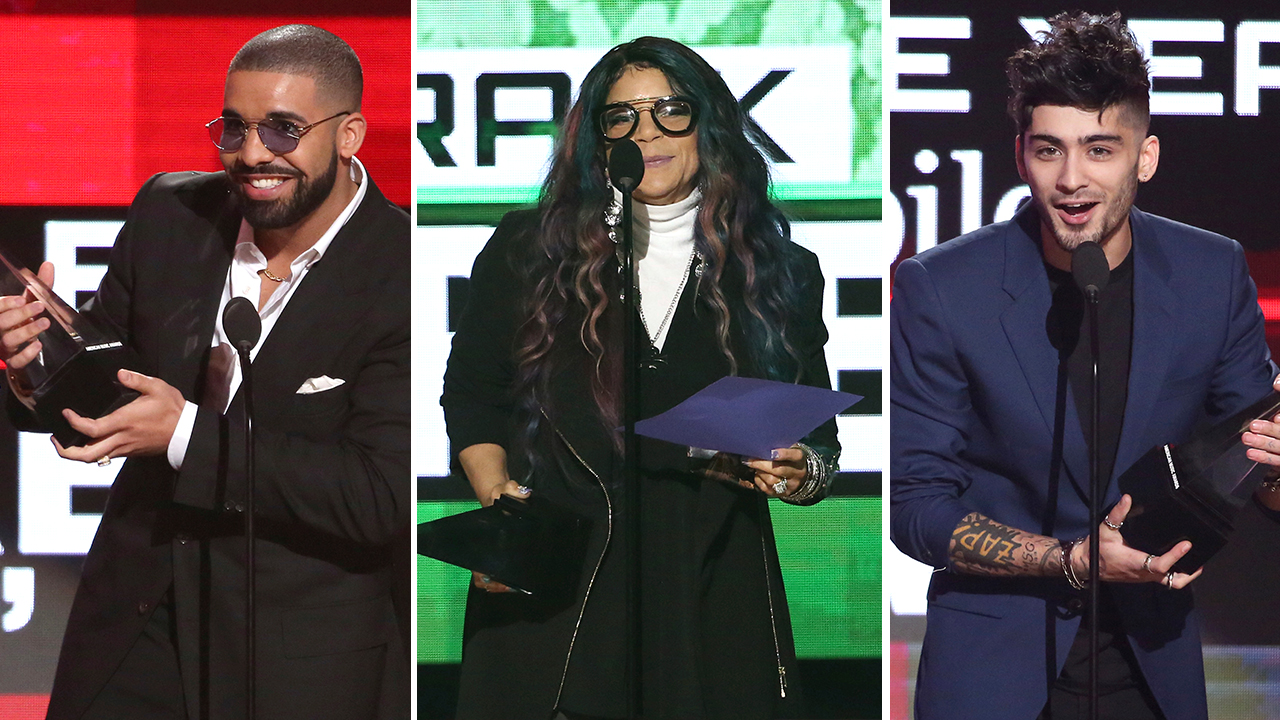 Here are your 2016 American Music Awards winners and nominees