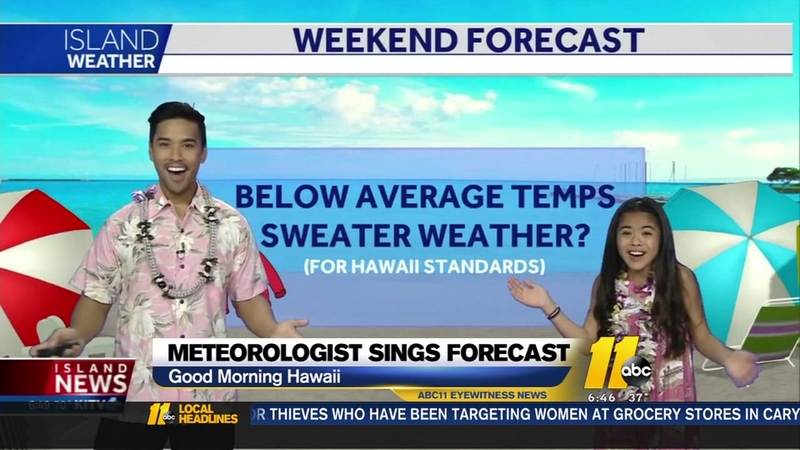 HONOLULU, Hawaii -- A weather man and an 11-year-old girl captured the attention of a lot of people as they sang about the forecast in Hawaii.

Jordan Segundo works as a meteorologist at KITV in Honolulu, but he also once appeared as a contestant on "American Idol."

On Friday, Segundo and 11-year-old Kaylee Shimizu put on quite a show on "Good Morning Hawaii" as they belted out a song to the tune of "My Girl" about the forecast.

At the end, the singing duo was flanked by some of the other morning show crew for a little dance.