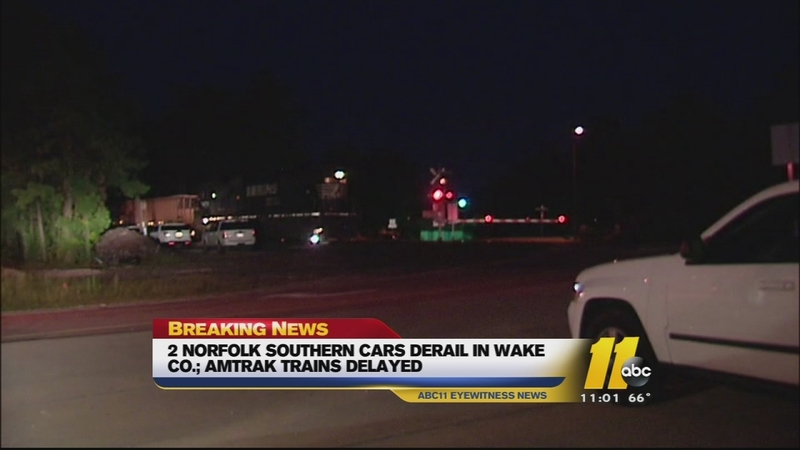 It happened around 8 p.m. and the cars spilled rock all over the tracks. Cranes were brought in to right the rail cars.

Two trains were directly affected -- the Carolinian and the Piedmont.

The railroad crossing at Church Street was blocked for about two hours until the crossing was cleared just after 10 p.m.