Andrew Brown's aunt: 'I wouldn't believe the DA if his tongue came stamped and notarized' 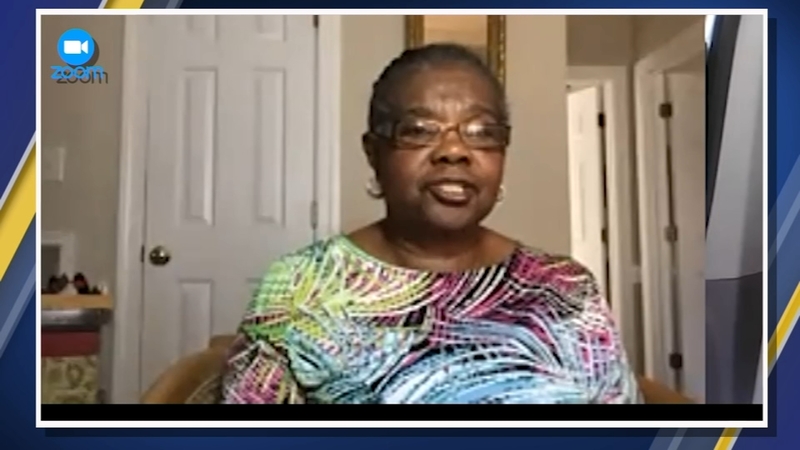 ELIZABETH CITY, N.C. (WTVD) -- Andrew Brown's family said they felt disrespected by the District Attorney's office on Tuesday, given that they weren't given any advance notice that he would be announcing that the deputies involved in his deadly shooting wouldn't be facing any criminal charges.

Brown's aunt, Lillie Brown Clark, said she watched the news conference on television, thinking he might have good news for the family since they didn't hear from him prior to the announcement.

Counter to what the family had hoped, District Attorney Andrew Womble said the deputies were justified in their actions in shooting and killing the 42-year-old.

"I have no words right now. I have no breath," Brown Clark said. "I've spoken to my mother who, of course, watched the press conference. We could have sobbed in each other's arms if we had been in the same room. This DA has no objectivity. It's like he has tunnel vision and determination that he's going to defend the deputies rather than work on behalf of the family and the community."

"I have no words right now. I have no breath," Lillie Brown Clark said.

The district attorney said his relationship with the family and their attorneys right now is not good and communication has broken down. But Harry Daniels, the lead attorney for the family, disputes that.

Brown Clark said she believes Womble is trying to protect the deputies' actions.

"He is just so inadequate and describing the situation as if Andrew was being investigated because of the situation. Andrew is dead. We're trying to see what the deputies did," she said. "We don't want our family drug over the coals without a trial. It's like it doesn't have anything to do with the way they killed him. If you was a drug dealer allegedly selling cocaine, that has nothing to do with the way they killed him."
Report a correction or typo
Related topics:
ncofficer involved shootingandrew brown jr.race in americabody camerasrace and culture
Copyright © 2022 WTVD-TV. All Rights Reserved.
ANDREW BROWN JR.
Family claims deputies knew Andrew Brown Jr. was likely unarmed
Black Lives Matter billboard set to go up in Elizabeth City
$30M federal lawsuit filed in Andrew Brown Jr. case
Newly-painted Black Lives Matter mural defaced in Elizabeth City
TOP STORIES
15 killed in TX school shooting; death toll expected to rise
How to talk to kids about Texas school shooting
Johnston Co. dad starts Facebook group to help families find formula
Fort Liberty proposed as new name for Fort Bragg
Ukrainian refugee to receive new prosthetic after escaping to NC
NC Attorney General Stein recovering from 'minor' stroke
Smithfield police officer injured by knife during arrest
Show More
NOAA predicts above average hurricane season, releases storm names
1 dead, brother still missing in Cape Fear River
Eateries struggling as Triangle Restaurant Week approaches
US birth rates rises for first time in 7 years
Report finds people of color pay more in rental application fees
More TOP STORIES News