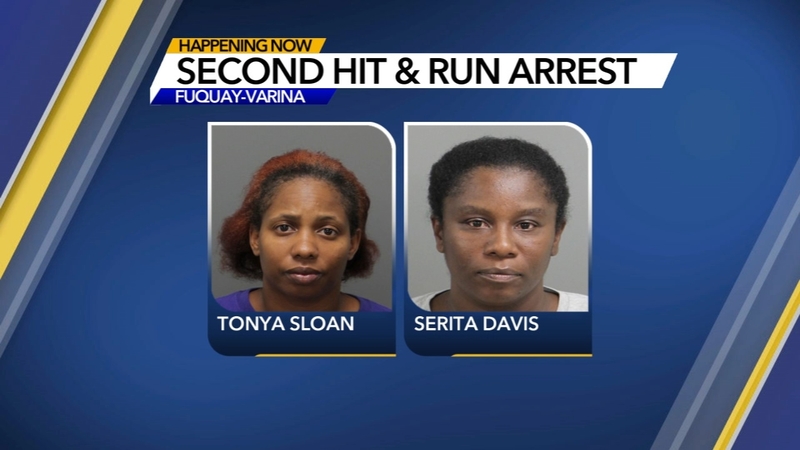 FUQUAY-VARINA, N.C. (WTVD) -- Two women have been arrested following a hit-and-run that hospitalized a Fuquay-Varina teen.

Investigators said Serita Davis, 39, was driving the vehicle that crashed into 16-year-old Isabella Allen, who was riding her moped home around 10:30 p.m. August 16.

Davis faces charges of felony hit-and-run, reckless driving and operating a car without a license. Davis' arrest record includes multiple cases of driving while impaired dating back to 2014.

But police did not stop at just charging Davis, the passenger in her car, 42-year-old Tonya Sloan, also faces criminal charges.

As for Allen, she remains in the hospital with critical injuries.

"She's got so many cuts and scrapes and bruises on her face," Isabella's mother Jenna told ABC11. "I barely even recognize her right now. She's so frustrated and she wants to feel better. It's just so hard to see her in so much pain."

One of Isabella's friends started a GoFundMe to help with medical expenses.