More than 1,700 arrested as anti-war protests break out across Russia: Reporter's notebook

'Most of them were young. Kids who, in another country, would have bright, happy futures.'
ABCNews
By James Longman 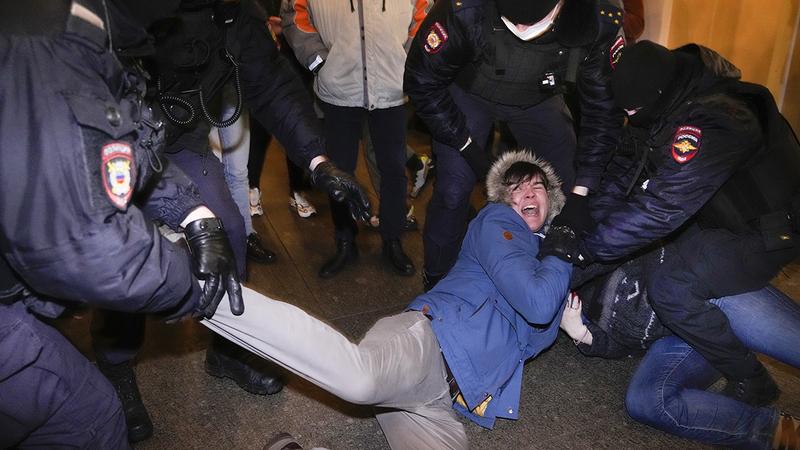 More than 1,700 protesters detained in Russia

MOSCOW -- It takes a certain kind of bravery to protest in President Vladimir Putin's Russia, especially on the day he sends his country to war.

I watched hundreds of people on a bitterly cold evening in Moscow on Thursday, as they marched against what the government here describes as a "special military operation" in Ukraine. Over 1,700 have already been arrested in more than 50 towns and cities across the country for publicly opposing the attack. 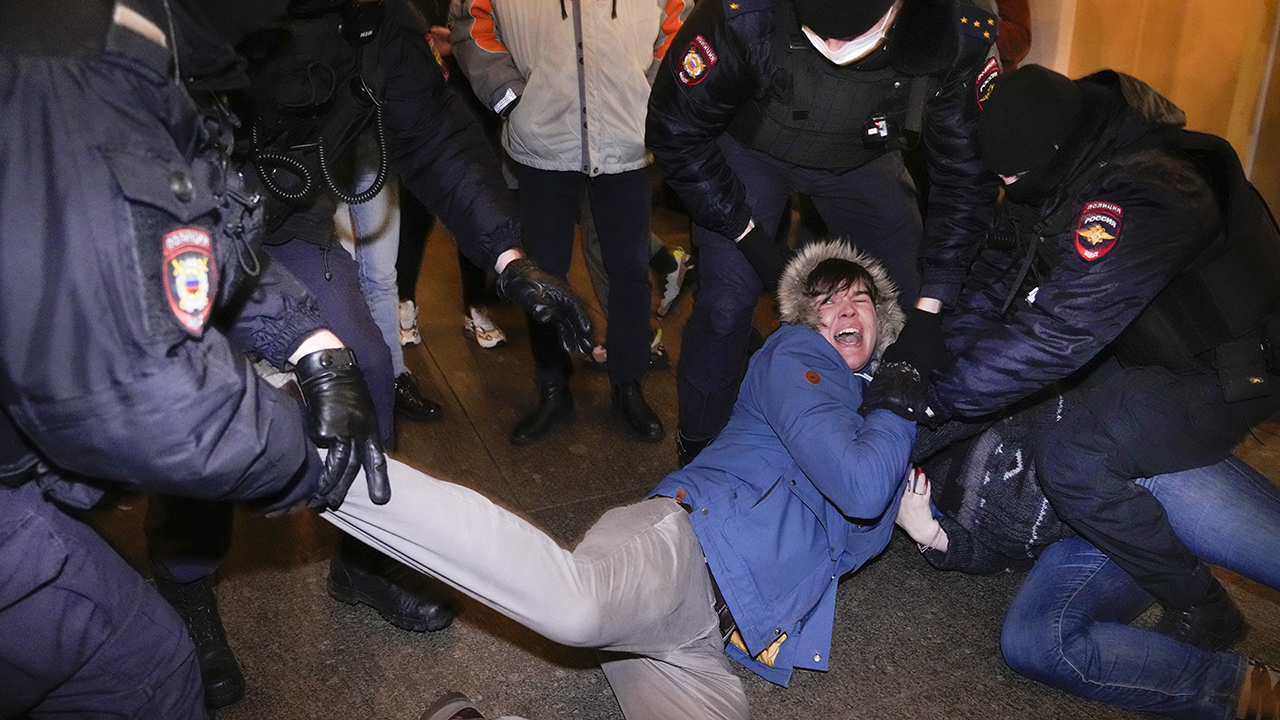 Most of them were young. Kids who, in another country, would have bright, happy futures. A group of them came up to speak to me after the protests. They were in their early 20s. Modern, cool, bright. They felt Putin's decision to invade, and the sanctions now invoked, would cripple their lives. It's crushing for them.

Russia pressed its invasion of Ukraine to the outskirts of Kyiv Friday, with explosions rocking the capital city.

In this job I'm constantly reminded of the accident of birth: it's only luck that separates us. It was inspiring to see their need to come out and protest, even in the face of great danger from aggressive riot police.

Putin is used to certain groups finding his rule unacceptable. His is a Russia now defined by an almost total lack of real political opposition and a brutal response to any criticism. The vocal minority who oppose his rule are often easily dealt with.

But this time he is walking a fine line. Ukraine is not some distant country about which his people know nothing. He may hate the idea of Ukraine as an independent nation, but Russians view them as their cousins.

The shared history and culture that Putin gave as the reason for needing to carry out this offensive is the very reason why the messaging about this war is being so tightly controlled. Even those who support Putin feel a close bond with Ukraine, and he does not want to lose their trust.

That's why there is no mention of an "invasion" on state media. No maps to show where troops are or reports about their progress and the bloody fight that is now ensuing.

The Russian public is being told this is simply a "special military operation," at the invitation of their separatist allies. They are not here to occupy. They will not kill civilians. And far from invaders, Russia is helping to stop a genocide against Russian speakers in Ukraine, they say. So the picture the Russian public is given is of a necessary, limited assault; a reluctant counterattack.

Thousands of displaced Ukrainian citizens have escaped to Poland and other parts of Europe since Russian military forces invaded the country.

But if it drags on and Russia gets bogged down in a protracted conflict that leaves many dead, Putin's media machine may not be enough to mask the truth from a people who share so much with their southern neighbors. It is probably a stretch to imagine public support for him would evaporate. But the image of a calculating, ultra-rational politician who only acts in his own best interests is being tested with this war.