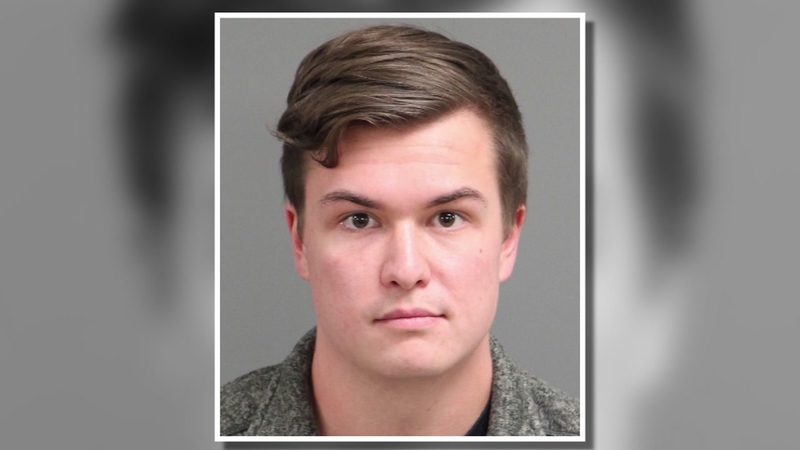 MORRISVILLE, N.C. (WTVD) -- An Apex man is accused of flashing a 16-year-old girl at a busy Wake County shopping center.

The alleged incident happened Sunday around 3:30 in the afternoon in front of the Target in the Park West Shopping Center in Morrisville.

Jeremy Switzer, 24 of Apex, was arrested.

"I got teary-eyed and was really overwhelmed," the victim told ABC11. "Typically Morrisville, our area, is pretty safe."

The victim said Switzer drove his car up beside her as she was walking then started exposing and fondling himself.

"I watched his face in through the back window and in the mirror, you could see him laughing," she said.

Though shocked and confused, she thought enough to start snapping pictures as he drove away.

"My mom's always teaching me to be aware of my surroundings and what to do in certain situations, so as soon as it happened the first thing I did was pull my phone out," she said.

The images were turned over to police.

Switzer was released from jail on a "written promise to appear."

ABC11 stopped by his home, but our crew was not able to speak with him about the incident.

"Thank God it wasn't smaller children that saw anything," the victim said. "It was in a family area, in a place where parents bring their children to the stores and they all go shopping, and they go to the movies. It's like why would you even think of doing this?"