Parents, relatives locked out of graduation

The 11 a.m. ceremony for /*Fuquay-Varina High School*/ seniors was held at the /*Progress Energy*/ Center for Performing Arts in downtown /*Raleigh*/.

Families say they were unable to see the graduation because they were locked out of the ceremony, despite having valid tickets and arriving on time.

According to a Wake County Schools spokesperson, families were locked out because the fire marshal deemed the auditorium at full capacity.

Parents were furious and some relatives had traveled from as far away as London. Wake Schools says it is looking into the situation, but they are not sure what went wrong.

Officials will also look into whether counterfeit tickets were used, which would be one why reason the auditorium filled up.

There were caps and gowns and happy photographs Wednesday after the /*graduation*/ ceremony for Fuquay-Varina High.

There was also plenty of anger and extreme disappointment outside the Progress Energy Center for Performing Arts.

"Somebody needs to pay for it," parent Gwen Yon said. "They need to be reprimanded."

Yon clutched the tickets she brought to her daughter Rachel's graduation. They still aren't used and Rachel has her diploma in hand.

Gwen was one of dozens on time but told they couldn't get in due to the fire marshal's orders. The auditorium was already full.

"I'm one of many that did not, I'm talking mommies and daddies, not just relatives and friends, you're talking about parents," Yon said.

Grandparents were a part of the group left outside. Hasker Yon, Rachel's grandfather, was not allowed in.

"It's a bad memory and to look forward to this to 12 years and then come to this, there's no way you can fix this," Hasker said.

It's not exactly clear what went wrong. What is clear is that people who had valid tickets were not allowed in. The school system is looking into several possibilities.

Were counterfeit tickets made? Or were people just let in who didn't have tickets in the first place?

The Stuart family was left out as well. Graduate Camille got a text from her brother letting her know they couldn't get inside.

"I was disappointed because 12 years I've worked so hard just for that moment to walk across the stage and for my parents to see it and my family to see it, and they weren't able to," Stuart said.

Among her family stuck outside as she walked in was an uncle.

"I have an uncle that came all the way from London, and he couldn't get in either," David Stuart, Camille's dad, said. "That's a lot of money, lot of time, lot of sacrifice to come up with that."

It was a very frustrating turn to a very important day.

"It made me upset, but I'm glad that I graduated," graduate Rachel Yon said. 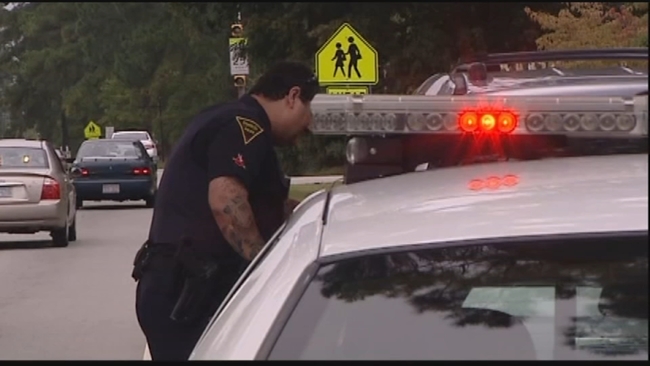