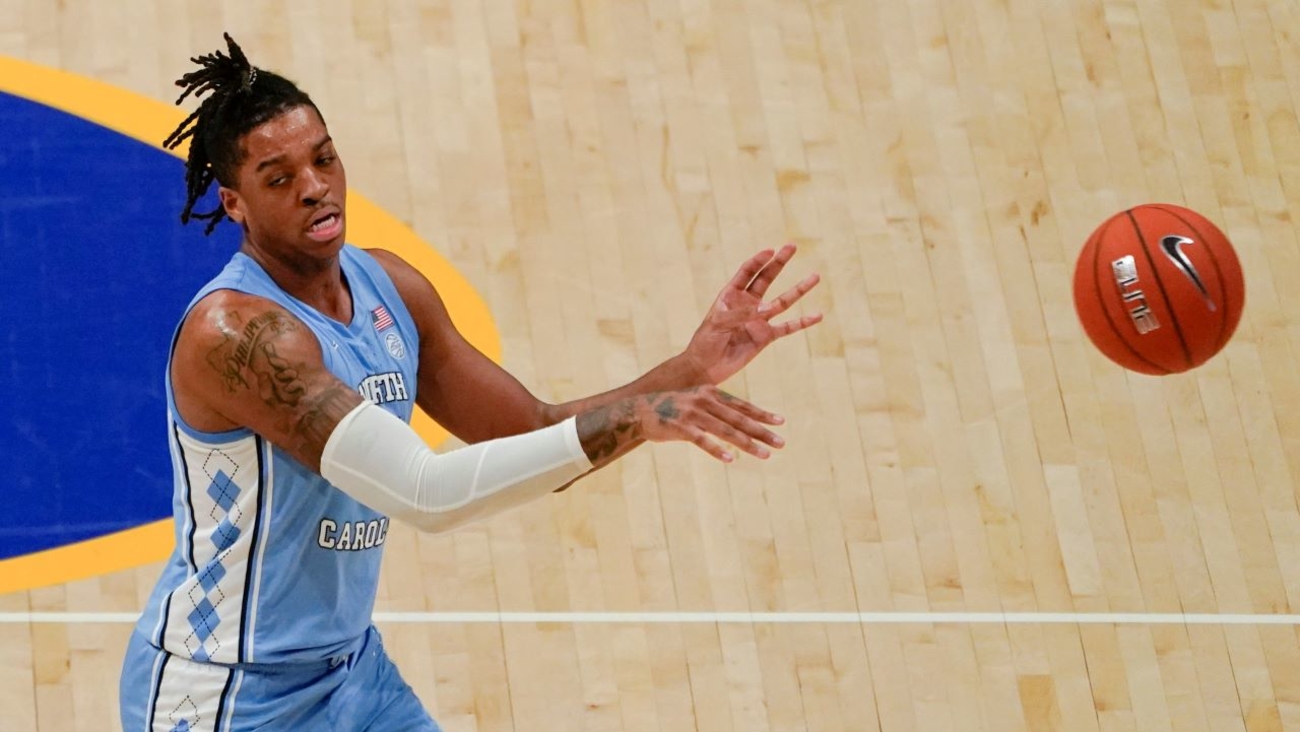 Armando Bacot will return for his junior season at UNC. (Keith Srakocic)

CHAPEL HILL, N.C. (WTVD) -- In welcome news for a program that has had a bit of a big-man exodus, University of North Carolina forward/center Armando Bacot announced Monday that he is returning to UNC for his junior season.

"I'm ecstatic," North Carolina head coach Hubert Davis said. "Number one, I am really happy he went through the process. We completely support that. We want our guys to have two basketball goals. One is to have the experience of cutting down the nets and being the last team standing on that final Monday night of the season. We also want them to reach all their dreams and goals, and their dreams and goals are to play in the NBA. We 100 percent supported Armando's pursuit to see where he stood right now in terms of going to the NBA, and we support that for all of our players."

It's a huge boost for Davis, who is taking over the program from longtime coach Roy Williams who retired on April 1.

"I'm thankful Armando got an opportunity to work out with some teams and he played off-the-charts great. As much as I am pleased that he was able to go through the process and flourish in that process, I am just as ecstatic that he is coming back to Carolina," Davis said. "I recruited him in high school, helped coach him the last two seasons and couldn't ask for anything better than to be around him as a head coach. He's our team leader, our captain, he's worked extremely hard, he's our leading returning scorer and rebounder, and for us to have a chance next year we need to have someone like Armando."

Bacot led Carolina in scoring (12.3), field goal percentage (.628), rebounding (7.8) and blocks (26) last season, becoming the first Tar Heel to lead in those four categories since first-team All-America Brice Johnson in 2015-16. Bacot's field goal percentage was the eighth-highest in a season by a Tar Heel.

The Richmond, Virginia, native, has averaged 10.9 points and 8.0 rebounds in 61 games as a Tar Heel, scoring in double figures 36 times.

He earned third-team All-ACC and first-team All-ACC Tournament honors as a sophomore and is the first Tar Heel to average 8.0 rebounds through his sophomore season since Sean May from 2003-05.

In April, UNC lost center Garrison Brooks, who left for Mississippi State as a graduate transfer.