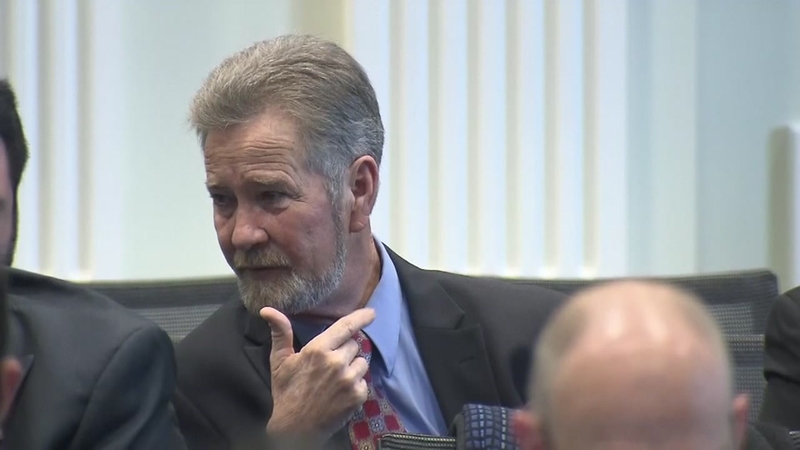 Two more people have been arrested in connection to the 9th congressional district election fraud.

Tonia Marie Gordon was arrested Tuesday after turning herself in at the Magistrate's Office in Bladen County.

Gordon has been charged with conspiracy to commit felonious obstruction of justice and possession of absentee ballot.

In addition, Matthew Monroe Mathis was arrested Tuesday in Sampson County, without incident, by the Sampson County Sheriff's Office.

Mathis has been charged with conspiracy to commit felonious obstruction of justice, possession of absentee ballot and falsely signing certification on an absentee ballot.

The SBI is working with local law enforcement to arrest Rebecca D. Thompson in connection to this investigation.

He was working on behalf of Republican candidate Mark Harris, who had a slim lead in the vote count before the investigation.
Report a correction or typo
Related topics:
nccrimearrestelection
Copyright © 2022 WTVD-TV. All Rights Reserved.
TOP STORIES
Winter storm moves out, refreeze possible overnight
NCSHP reports 200 crashes statewide, urges drivers to stay home
Dozens of RDU flights canceled through Monday evening
Monday events canceled, postponed due to winter weather
Why do we get freezing rain instead of snow or sleet?
FBI identifies hostage-taker at Texas synagogue
How to drive on snow, ice and get out of a skid
Show More
Expect more worrisome COVID variants after omicron, scientists say
After Biden's first year, the virus and disunity rage on
Novak Djokovic leaves Australia after court rejects visa challenge
Ukraine claims Russia behind cyberattack in 'hybrid war'
Hostages in N. Texas synagogue 'out alive and safe,' Gov. Abbott says
More TOP STORIES News