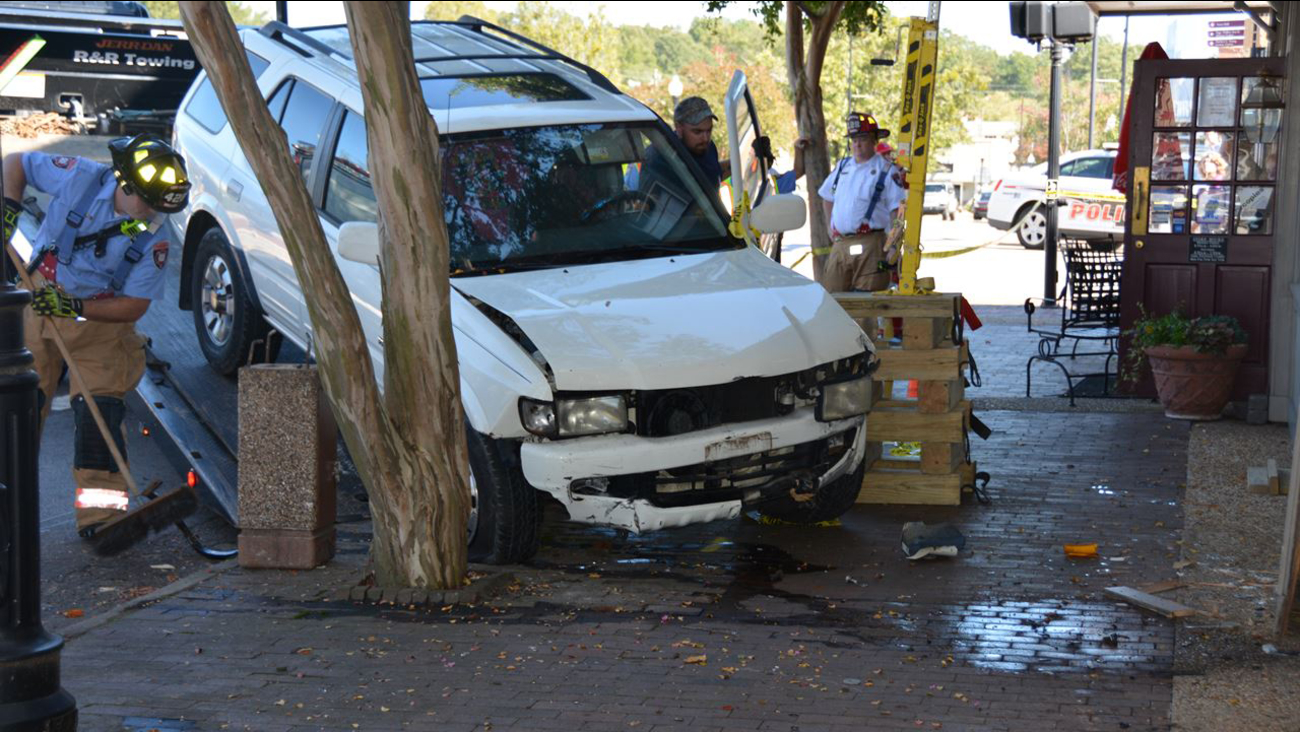 CARY, N.C. (WTVD) -- Authorities said an SUV pulling away from the scene of an accident mistakenly drove right into a store in Cary.