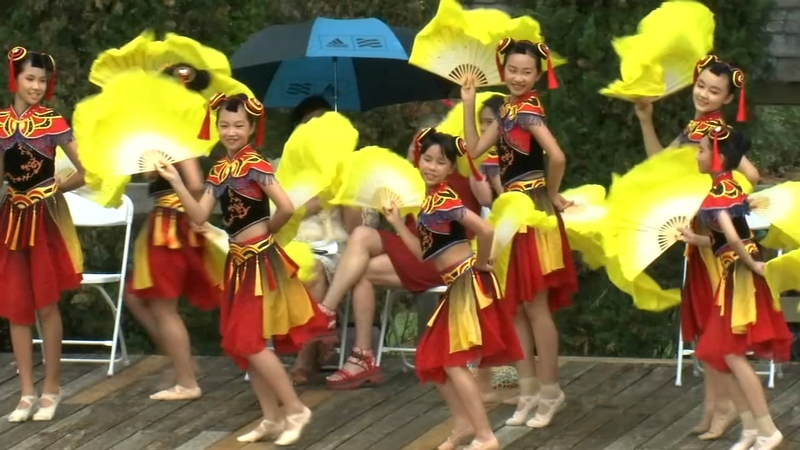 RALEIGH, N.C. (WTVD) -- A light drizzle over the Raleigh Theatre Saturday afternoon did not dampen the enthusiasm for attendees at an Asian American and Pacific Islander heritage celebration.

"It reminded me when I was a little kid, it really did. My grandmother used to play, my great aunts used to play the instruments," said Dr. Gracie Galloway, the Chair of Asian American Pacific Islanders of North Carolina, of music and dances being performed on stage.

A number of speakers, many of whom hold political office, delivered speeches to the crowd.

"Wake County would not be the thriving hub of innovation and culture that it is without your incredible contributions," Representative Deborah Ross said.

According to Census data, from 2010 - 2020, North Carolina's Asian-American population increased by 65%, far outpacing the state rate; Asian Americans are also the fastest-growing ethnic or racial group nationally. Galloway discussed the importance of encouraging people to participate in the electoral process.

"So many of us come from countries where if you did get politically involved you could end up shot, tortured or your family could end up shot or tortured. So, there's always that hesitance that maybe I shouldn't because I don't know. So that educational process that we have started and continued to build on has been truly remarkable," Galloway explained.

May is Asian American and Pacific Islander Heritage Month.

The gathering providing an opportunity to highlight the diversity within the AAPI community.

The AAPI community has also been targeted; the non-profit group Stop AAPI Hate shared they received nearly 3,800 reported incidents in the first year of the pandemic, with the overwhelming majority revolving around verbal harassment or shunning; however more than 400 were physical assaults.