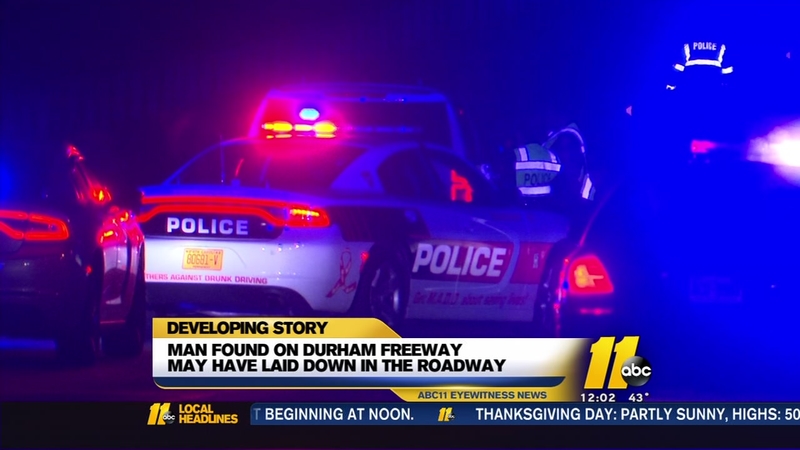 DURHAM, North Carolina (WTVD) -- Authorities in Durham are investigating after a body was found on the Durham Freeway following a possible hit-and-run early Thursday morning.

The northbound lanes of the roadway were blocked for hours after the pedestrian was found on Highway 147 just before 3 a.m. near Duke Street.

Authorities said a 37-year-old man was struck by several vehicles just under the northern edge of the Duke Street bridge. Two vehicles remained on scene to report hitting the man's body after he had already come to rest in the roadway.

Police said a preliminary investigation indicated that the incident appeared to be a suicide.