The nominees for the 2021 Golden Globe Awards and the SAG Awards were revealed last week.
OTRC
By Andrea Lans 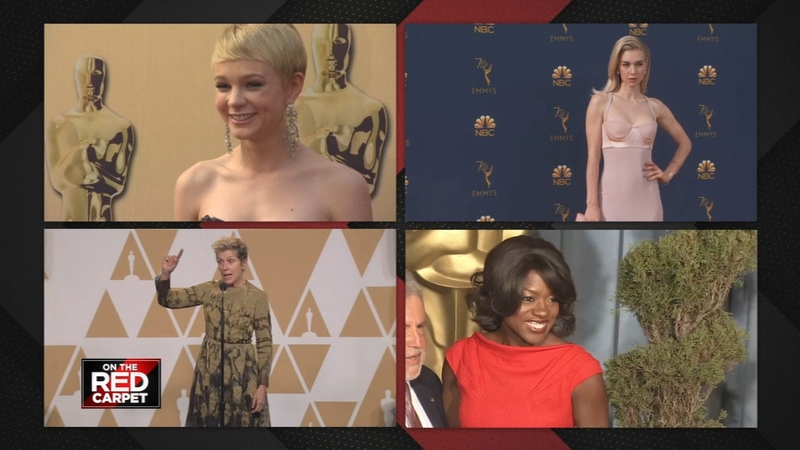 Awards season is just around the corner! On The Red Carpet is exploring top contenders from the latest round of nominees, recent fashion highlights and television you don't want to miss.

While nominations for the 93rd Oscars won't be announced until March 15, the nominees for the 2021 Golden Globe Awards and the SAG Awards were revealed last week.

Frances McDormand, Viola Davis, Vanessa Kirby and Carey Mulligan are all up for best actress nods in a leading role for both award shows. Meanwhile, in the lead actor category, Anthony Hopkins, Gary Oldman, Chadwick Boseman and Riz Ahmed have scored nods for both the Golden Globes and SAG Awards.

RELATED | See which films made this year's Oscars shortlist

The nominations for the 2021 GLAAD Media Awards have also been announced. The awards celebrate works with fair, accurate and inclusive representation of the LGBTQ+ community. "Happiest Season," "Ma Rainey's Black Bottom" and "The Prom" are among the top film contenders for the awards.

RELATED | The Oscars will be held at 'multiple' locations this year

While many award ceremonies and film festivals have gone virtual, supermodel and fashion expert Roshumba Williams gives the latest fashion highlights from around the world.

On the television side -- On The Red Carpet gives audiences a sneak peek at the new season of "American Idol." Plus, director Samantha Stark discusses FX's documentary, "The New York Times Presents Framing Britney Spears," now streaming on FX on Hulu.

Kyliegh Curran, the breakout star of "Doctor Sleep," discusses her new Disney Channel show "Secrets of Sulphur Springs" and working with the nonprofit Saving Our Daughters. The time-traveling series will stream on Disney+ beginning February 26.