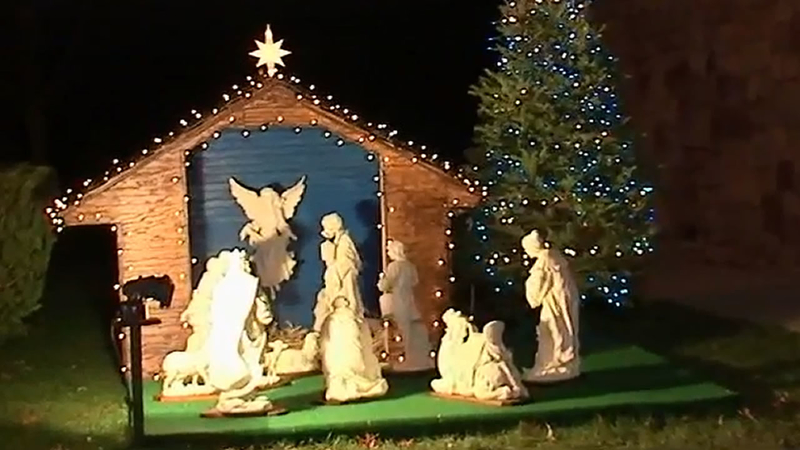 Five churches in four neighboring towns have had their statues stolen in the last two days. Towns include Kearny, North Arlington, Lyndhurst and Clifton. Police are trying to figure out whether the crimes are connected.

At Sacred Heart Roman Catholic Church in Lyndhurst, the nativity scene was lit up outside with Mary and Joseph, but police say Baby Jesus may have been swiped on Christmas Day. At St. Clare Church in Clifton, the baby Jesus figure was discovered missing early Sunday morning. The nativity scene was recently bought by parishioners, and was put on display for the first time last week.

Many are now left wondering who would steal a Baby Jesus figure.

"People are crazy, and don't have nothing (sic) to do," said one local resident.

"It is a police matter. We've asked all the parishes to report it to police. It certainly is very distressing that is taking place at this time of year. Our hope is that this is nothing more than a prank. We are hoping police will find out who is doing this."