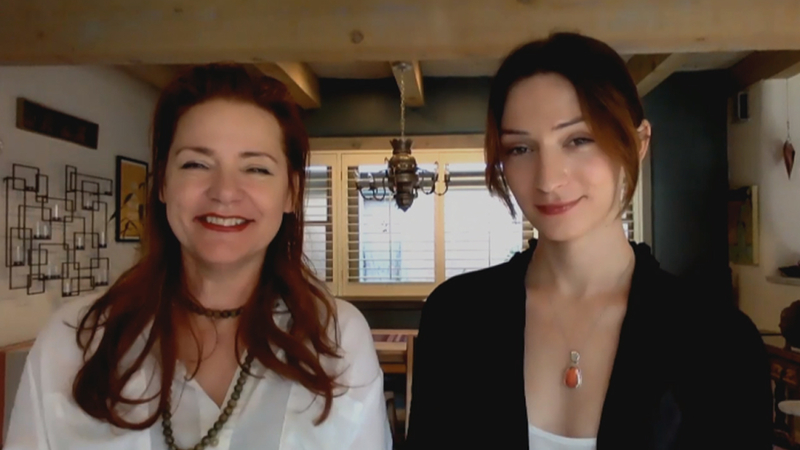 NEW YORK -- "Big Sky" is back for a second season and so are the mysteries. This season private detectives Cassie Dewell and Jenny Hoyt reunite to investigate a truck crash involving a group of teenagers.

Jerrie is back and pushing forward in her life by working at the Dewell & Hoyt Detective Agency.

"Jerrie gets right up in there, right after the ending of season one she really got to prove herself a bit. She helped capture Ronald. And so she's kind of set a whole new career path in motion," said Jesse James Keitel, "Jerrie Kennedy."

Denise Brisbane still works at the agency as well, and she's packing heat. Just don't expect her to appear in any of the bloody scenes...yet.

"Denise doesn't do messy. Denise is consistent she stays in her own lane," said Dedee Pfeiffer, "Denise." "She's into paranormal things like Miss Pfeiffer is, and you find out that she carries a glock, and we had a lot of fun with that. We don't know what that means, so it could mean something or not."

At the end of season one, we saw Ronald and Scarlett go back on the run, so what's next for them?

"They're out there and Jerrie is a girl on a mission, she's not going to stop until they're back in custody and justice is served," Keitel said.

Thursday at 10/9c on ABC, #BigSky has your favorite characters, plus some new ones, all keeping you on the edge. of. your. seat. Stream on Hulu. pic.twitter.com/RzMMFWxqZa