'Happier Than Ever': Directors give inside look at Billie Eilish's concert film on Disney+

The film offers an intimate performance of the chart-topping album, a dreamlike animated journey and a look inside Eilish's mind.
OTRC
By Andrea Lans 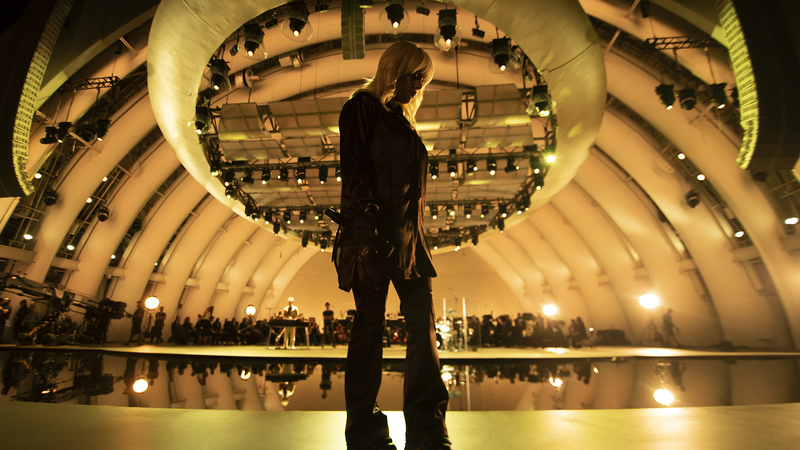 Inside Billie Eilish's Disney+ concert film 'Happier Than Ever'

Experience Billie Eilish like never before in her new concert film on Disney+, "Happier Than Ever: A Love Letter to Los Angeles." The Grammy-winning artist performs her chart-topping album in sequential order, for the first and only time, in an intimate concert experience filmed at the iconic Hollywood Bowl.

The concert film is directed by Robert Rodriguez and Oscar winner Patrick Osborne. They shot the special over one week at the amphitheatre, without an audience. The film is complete with animated elements which take audiences on a dreamlike journey through Eilish's hometown of Los Angeles.

"We got to do things no one's even seen before," Rodriguez said.

One of those things was filling up the Hollywood Bowl's reflecting pool with water, which sits at the front of the stage and visually completes the dome.

Eilish is known for using synesthesia, her ability to perceive sensory stimuli as colors, to influence her creative process. On social media, the singer-songwriter has shared with fans what color she associates with each song on her album, and audiences will get to see that come to life in this concert film.

"Early on, it was clear that Billie had a color associated with every moment of her album. We wanted to make sure that the way we lit the show was tied to that color," Osborne said. "The songs look that way because that's the way they look in Billie's head."

Fans will get to enjoy a true cinematic experience with this concert film, with the intimacy of an empty amphitheatre and the excitement of a live show. They'll also get a glimpse of something more from Eilish, according to Rodriguez.

"What really comes out is her true artistry, her true kindness... and she's just really cool," Rodriguez said, adding that he brought his 15-year-old daughter (who originally introduced him to Eilish's music) to set.

"Billie's so generous and kind to everybody and really funny. And then she turns on and she just sings incredibly," Rodriguez continued. "It was just so great to see her have such a command."

"Happier Than Ever: A Love Letter to Los Angeles" premieres Friday, Sept. 3 on Disney+.