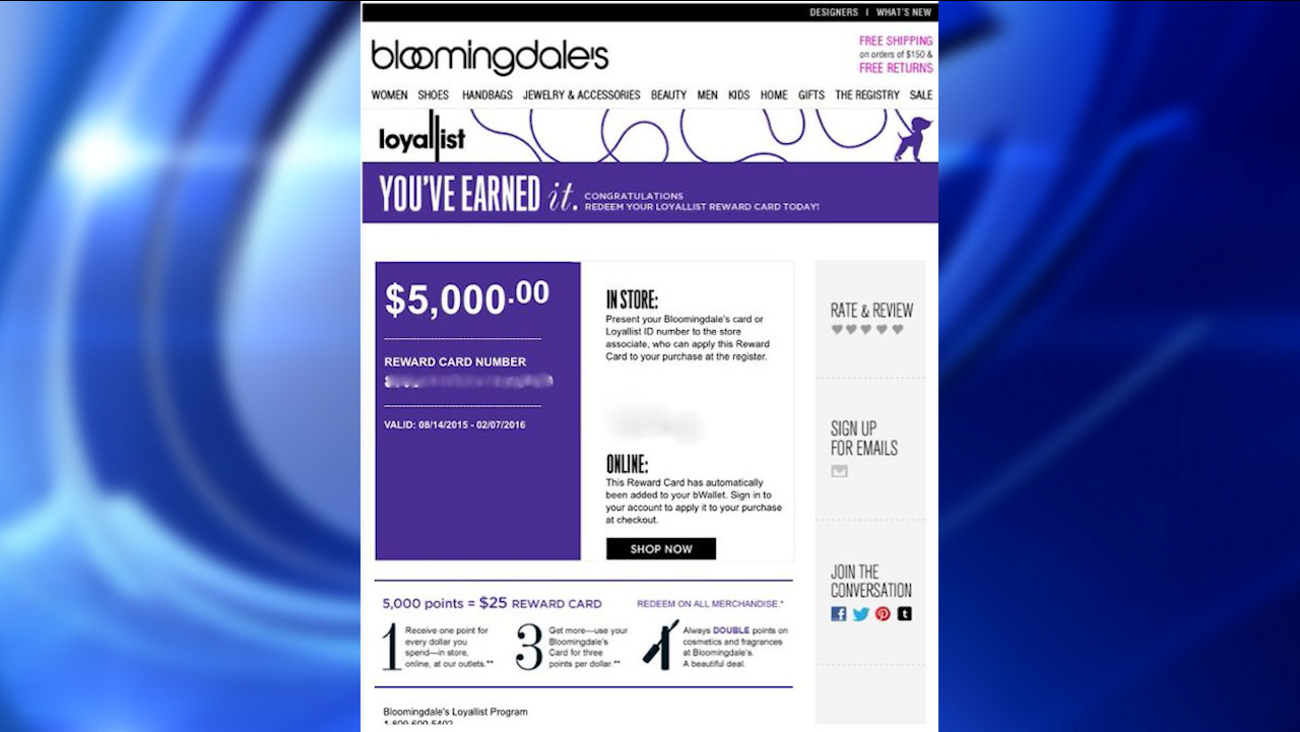 A glitch at Bloomingdale's last Friday led to the company mistakenly issuing up to $25,000 in store credit to some customers as part of their loyalty program. (WABC)

NEW YORK -- A glitch at Bloomingdale's last week led to the company mistakenly issuing up to $25,000 in store credit to some customers as part of their loyalty program.

Customers received an email from the store on Friday, and at least one shopper took advantage by going on a shopping spree for diamond earrings, a new watch and a Louis Vuitton bag before store officials caught on. Others attempted to use the gift cards but were denied.

Bloomingdale's has asked anyone who made purchases with the cards to return the merchandise, but it remains unclear if they will do so or what the legal ramifications might be on either side.

"A small subset of Bloomingdale's Loyalist participants were accidentally issued rewards gift cards with amounts that were clearly incorrect. The company caught the mistake last week and is re-issuing replacement gift cards with correct amounts. The company is in contact with its customers and has apologized to those affected."