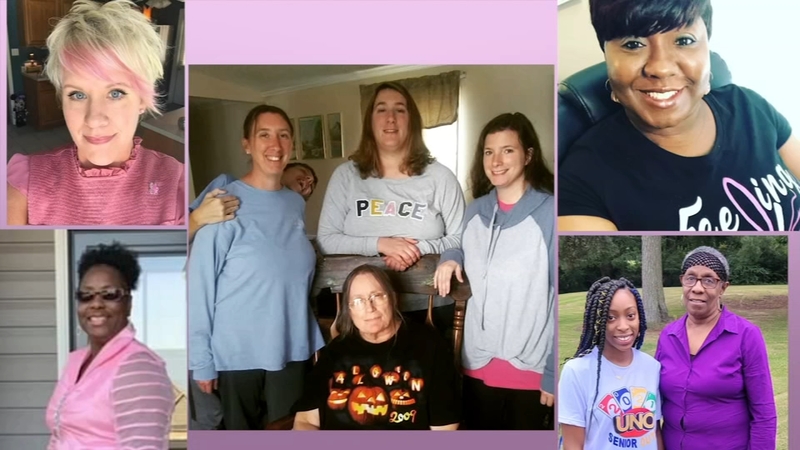 There's a 1 in 8 chance a woman will develop breast cancer in her lifetime, according to the American Cancer Society. This year alone, an estimated 276,480 women will receive the diagnosis.

Every year, ordinary women add another layer of armor and become heroes to friends, family members, and their colleagues.

Chad Smith says that his wife, Tracey, had a double mastectomy.

"She is cherished by her friends and family," Smith said. "She is a hairstylist who has offered her services free of charge to other cancer patients before treatment and after recovery."

Shakeya Atkinson writes of her mother in law, Mae Ann, who has been breast-cancer free for four months.

"She's such a special person inside and out with a lot of faith, wisdom, and courage," Atkinson said. "She's an educator with a passion for helping others."

While some have conquered the fight, others are gearing up for a battle of their own, like Sylvia West.

"I admire her strength. Even through her tears, she doesn't give up," Margaret wrote. "I am one blessed woman to call her mom."

Others are using their diagnosis to lift up future survivors, like Rosemary Surles, who Miranda Simmons says was diagnosed in January of 2016.