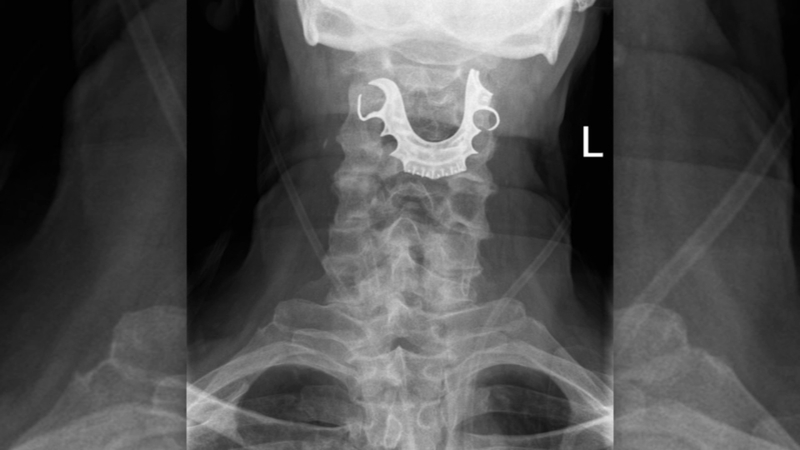 It might be best to remove your dentures before surgery - or it's possible you could swallow them.

That's what happened to a 72-year-old British man.

In a case report published by the British Medical Journal on Monday, the man had a minor surgery to remove a lump in his abdominal wall.

He returned to the hospital six days later to complain of blood in his mouth and difficulties breathing and swallowing.

Doctors were unable to diagnose the problem at first, and the man was sent home with a prescription for mouthwash, antibiotics and steroids.

The man returned two days later with worsening symptoms and was admitted to the hospital.

Doctors then found his dentures lying across his vocal cords.

The man was rushed into surgery and remained in the hospital for another six days.