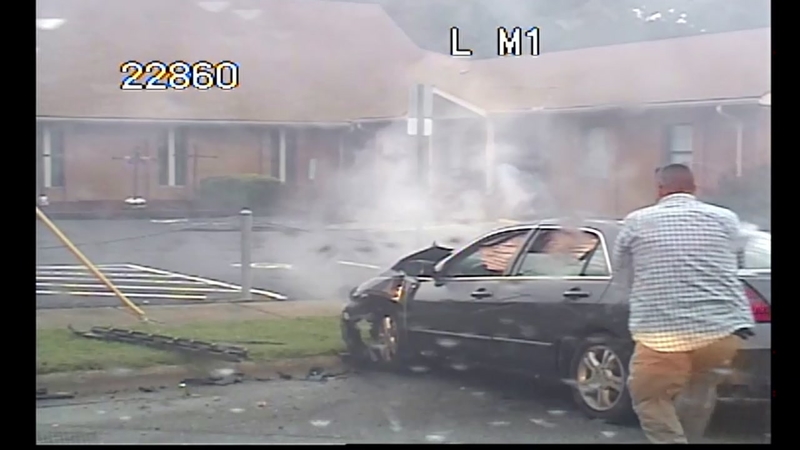 Durham police released Monday both dash and body camera footage from the final moments of a high-speed chase that killed an innocent driver back in August.

Members of the media went to court to get the video released.

Durham Police released both dash and body camera footage from the final moments of a high-speed chase that killed an innocent driver.

Brooke Lyn Maynard, 24, was killed when the two suspects, who were driving the stolen car, rammed into her car.

The chase lasted for more than ten minutes and reached speeds of up to 75 miles per hour on city streets of Durham.

Police even pursued the stolen car driving the wrong way on Ramseur Street nearly halfway around the downtown loop.

Durham Police said because of the violent carjacking, their policy allowed officers to pursue the stolen car.

No officers crashed or received injuries, but the video shows how remarkable it is that no one else was hurt or even killed.

Parker admitted to using crack and drinking alcohol before the crash, according to search warrants.

The passenger in the car, Deshon Carrington, was charged with possession of a stolen motor vehicle.

This is 23 year old Deshon Carrington. He is charged with possession of a stolen vehicle. Police say he was the passenger in the car that hit and killed Ofc. Brooklyn Maynard on Friday when he and Tomaris Parker led police on a chase. pic.twitter.com/HbKVBO9OgZ