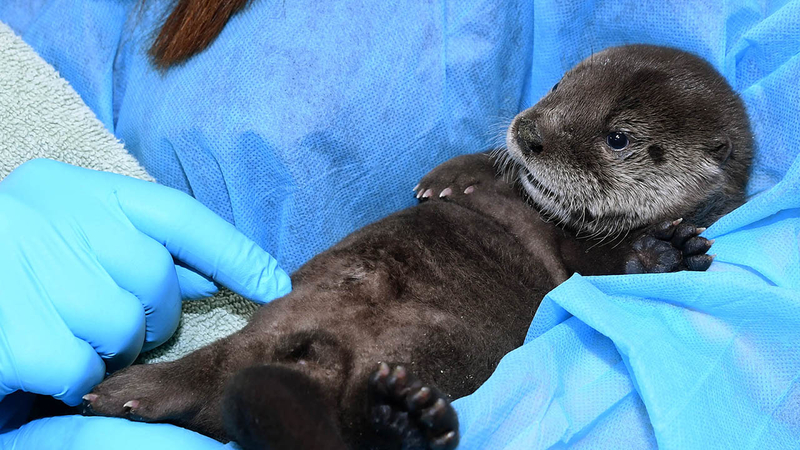 BROOKFIELD, Ill. -- A river otter pup that veterinary staff was attempting to hand-rear after his mother could not care for him has died, Brookfield Zoo officials said.

The pup was born on Feb. 26, and animal care and veterinary staff at the zoo had made the difficult choice to intervene when it became clear his mother could not provide him with proper nourishment.

Their hope was to relocate him to another institution with pups around the same age since it was not likely his mother would accept him back into her care.

Brookfield Zoo said over the weekend the pup's health sharply declined and veterinary staff made the difficult decision to euthanize him.