Ruth Whitfield was a mother devoted to her family. Aaron Salter was described as a 'true hero' who undoubtedly saved lives.
ABCNews
By Julia Jacobo and Emily Shapiro 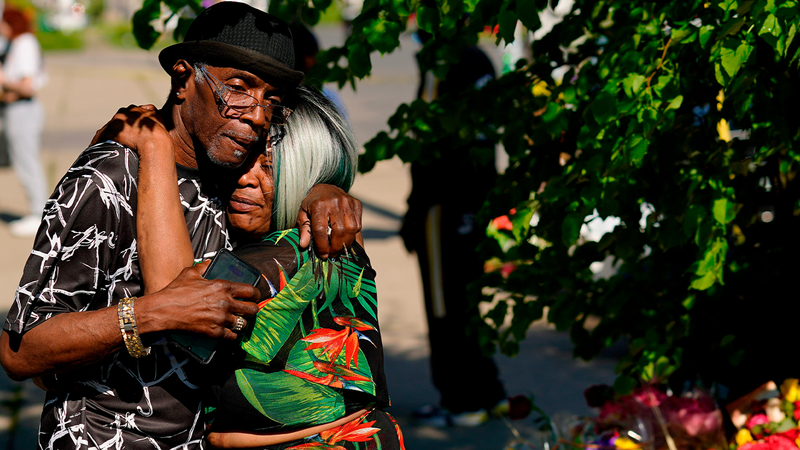 BUFFALO, N.Y. -- Ten people, all of whom were Black, were killed in a mass shooting at a supermarket in Buffalo, New York, on Saturday, in an attack authorities are calling a "racially motivated hate crime."

The victims included four grocery store employees as well as six customers, several of them regulars at the store, according to the Buffalo Police Department and those who knew them.

Retired cop Aaron Salter, one of 10 people killed in the mass shooting, is being praised for the valiant actions he took to protect others.

Here is what's known about the victims so far: 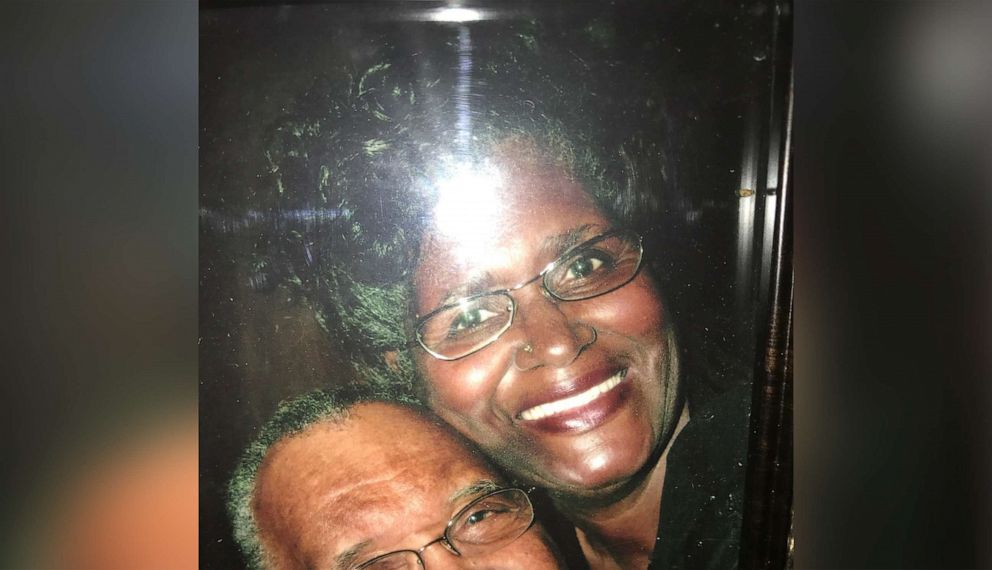 Ruth Whitfield, one of the victims of the shooting at a Tops supermarket in Buffalo, NY, is seen in an undated family photo, May 15, 2022.

Ruth Whitfield was returning home from visiting her husband in a nursing home when she stopped by Tops to pick up groceries -- "a daily ritual," her son, Garnell Whitfield, told ABC News Sunday morning.

Ruth Whitfield was in the store when the gunman opened fire and was among the 10 who died in the shooting, Garnell Whitfield, a former Buffalo fire chief, said.

Garnell Whitfield described his mother's devotion to her family, especially her husband, whose health has been declining over the past eight years.

Investigators search for answers after a gunman opened fire at a Buffalo supermarket, killing 10. An 18-year-old suspect is in custody, police said.

Even as her own health began to weaken, Ruth Whitfield still tried to visit her husband each day, taking days off only when she felt too debilitated to make the trip, her son said.

After suffering "a very difficult childhood," when she became a mother, Ruth Whitfield "was all about family," Garnell Whitfield said.

"And she rose above it, and she raised us in spite of all of that, being very poor," he said. "She raised us to be productive men and women." 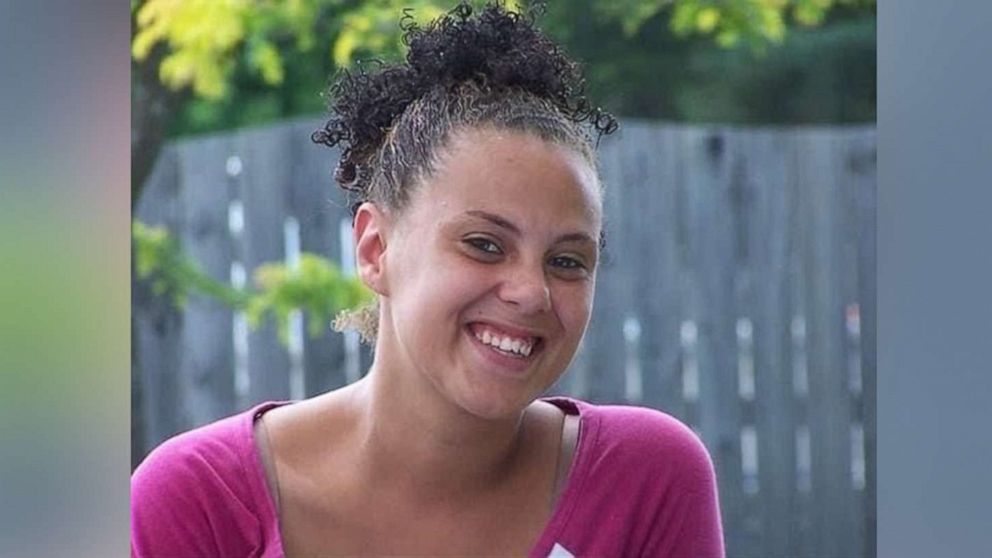 Roberta Drury, one of the victims of the shooting at a Tops supermarket in Buffalo, NY, is seen in an undated family photo, May 15, 2022.

Roberta Drury, a regular at Tops, was a "vibrant and outgoing" woman who could "talk to anyone," her sister, Amanda Drury, told ABC News on Sunday.

Roberta Drury was born in Cicero, New York, about 150 miles east of Buffalo, and moved to the city in 2010 after her oldest brother, Christopher Drury, received a bone marrow transplant there to treat his leukemia.

A mother of seven and her daughter describe hearing "bodies fall" as they escaped the mass shooting at a Buffalo, New York, supermarket.

She helped him run his restaurant, The Dalmatia, and care for his family, Amanda Drury said.

"She was always willing to help and laugh," Amanda said over text. 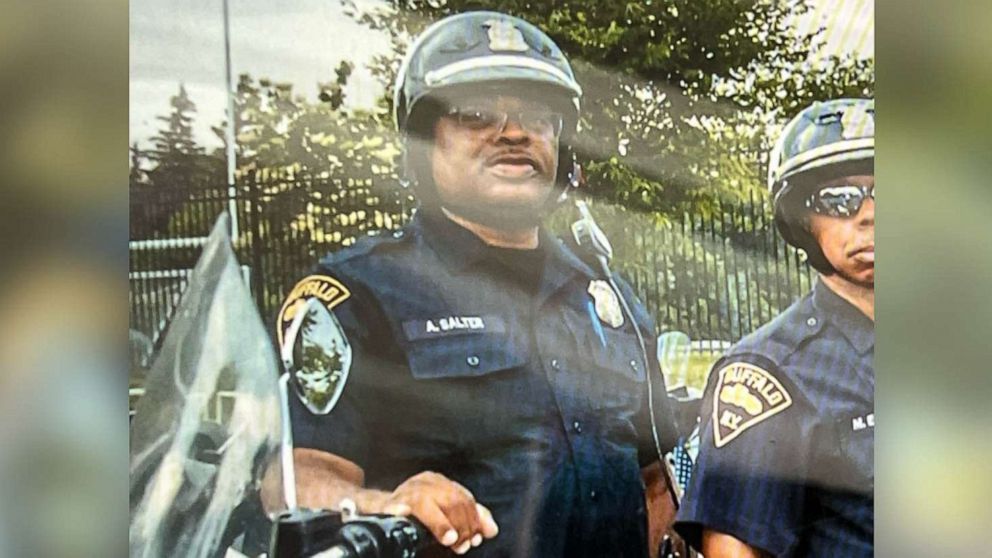 Buffalo police officer Aaron Salter, Jr., who died shooting in the May 14 Buffalo, NY, is seen in an undated photo obtained on May 15, 2022.

Aaron Salter, a retired Buffalo Police officer, was killed after he confronted the gunman, who entered the store wearing military fatigues, body armor and a tactical helmet.

Salter was working as a security guard and shot the assailant, Buffalo Police Commissioner Joseph A. Gramaglia told ABC News on Sunday. But the bullets had no effect due to the bulletproof vest the suspect wore, and the gunman returned fire, striking Salter.

Gramaglia described Salter as a "true hero" who undoubtedly saved more lives during the encounter.

One Tops employee, a mother of seven, told ABC News Sunday that if it hadn't been for Salter, she and her 20-year-old daughter, who was working at the register, would not have known the gunman was headed in their direction.

When she saw Salter pull out his weapon, they knew they had to run, and they both made it out alive, she said.

Salter was a "beloved" employee of Tops, several years after he retired from the police department.

"He took on a responsibility to protect the customers and the employees in the store," Gramaglia said. "And he did exactly what he signed up for." 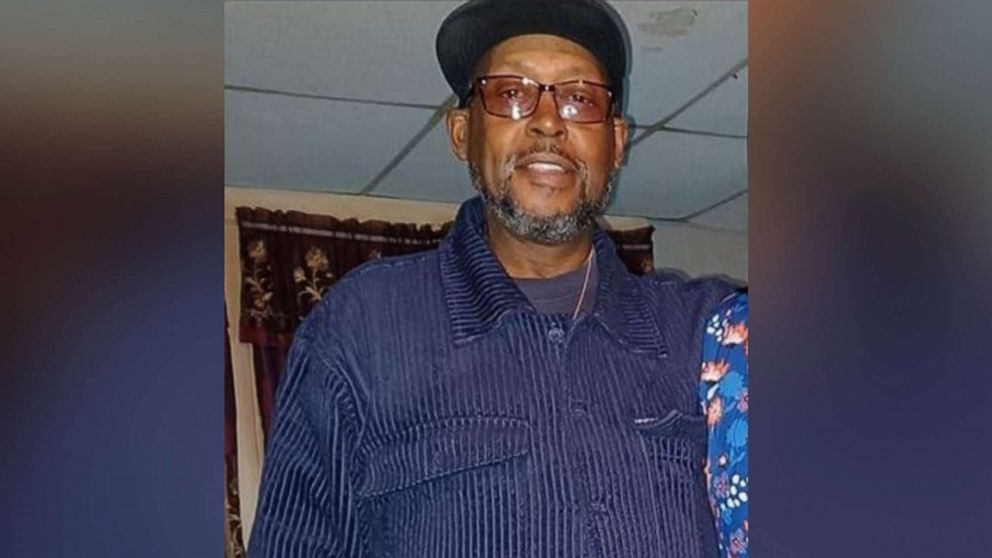 Heyward Patterson one of the victims of the May 14 shooting at a Tops supermarket in Buffalo, NY, is seen in an undated family photo, May 15, 2022.

Deacon Heyward Patterson was shot while inside his truck in the parking lot of the supermarket, Pastor James Giles told ABC Buffalo affiliate WKBW.

Patterson's family described him to the station as a loving person. He leaves behind a wife and daughter. 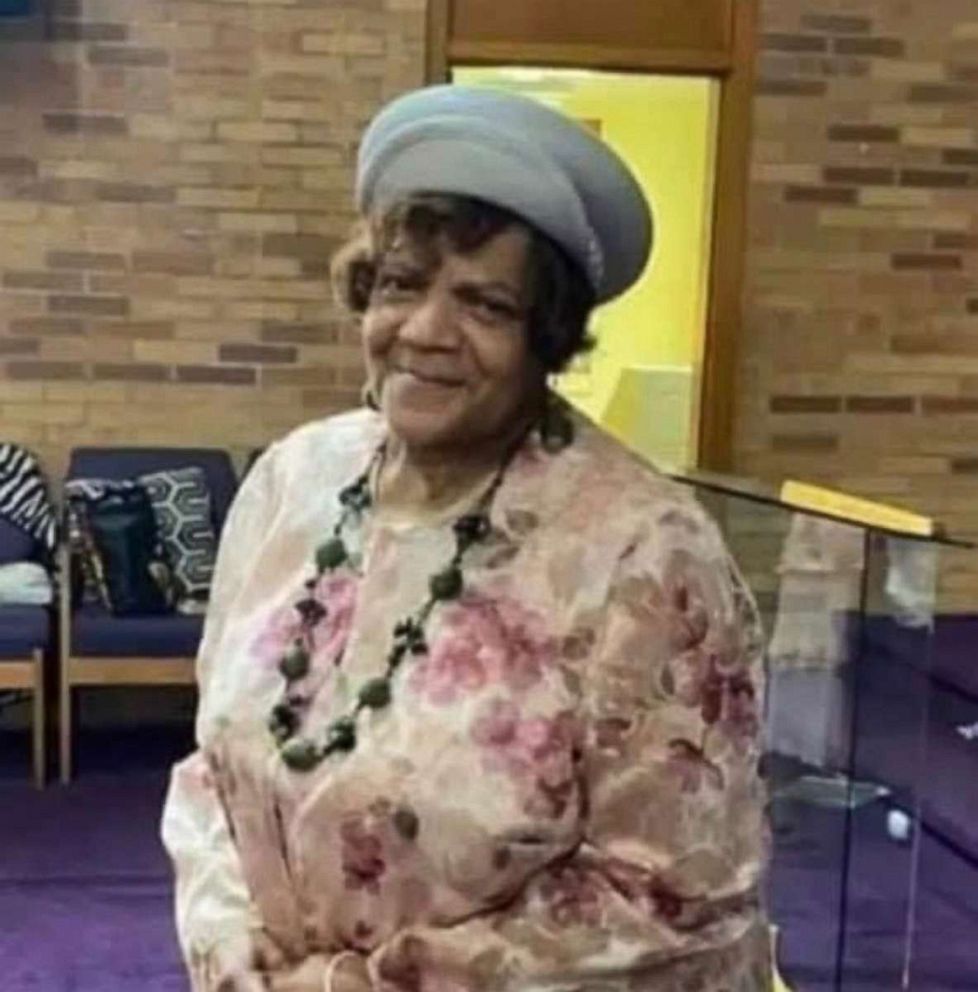 Pearl Young, an Alabama native, spent the final years of her life teaching children as a substitute teacher in the Buffalo School District and was heavily involved in her church community, her sister, Mary Craig, told ABC News.

"She loved her students, and they loved her back," a statement from her family read.

Craig described Young as "such a beautiful, sweet woman."

"We're all in shock and disbelief," she said of the family.

Young leaves behind two sons and a daughter, Craig said.

Young was described in the statement as a missionary who would be "truly missed."

"Missionary Pearl Young was a worshipper and loved God. She loved her children, her family, and her Good-Samaritan COGIC church family," the statement read. "She was a true pillar in the community." 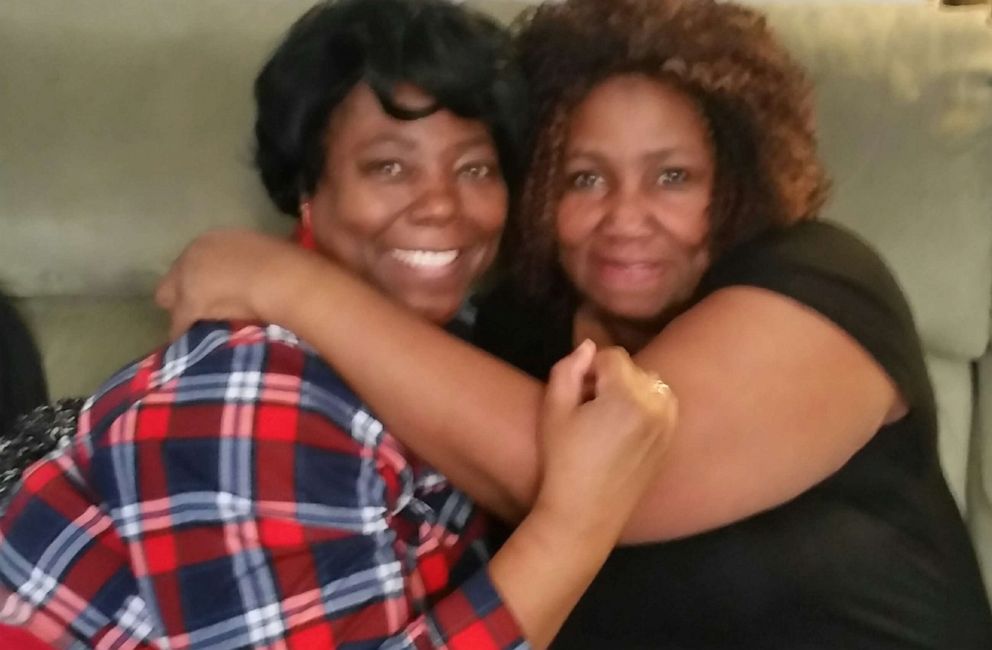 In her final moments, Geraldine Talley, who'd come to Tops Family Market Saturday afternoon for a few items, sent her fiancée down an aisle to retrieve something off a shelf.

Before they could reunite, an armed suspect entered the supermarket and opened fire. Her fiancée survived the massacre.

Talley's last moments were described to ABC News by Kaye Chapman-Johnson, her younger sister, who was not at the store with the couple.

"I am so angry, just devastated. This is so hard for our family right now," she said in an off-camera interview. "Our sister, we had so many plans together, so many plans, and everything has just been stripped away from us.

"Our lives will definitely never be the same again."

Talley was one of nine siblings and was "an amazing sister, mother, aunt," said Chapman-Johnson. "She just was truly an amazing woman. And I'm going to miss her dearly."

Talley's death has left her family "destroyed," added her sister. "I'm hoping that we can all move on." 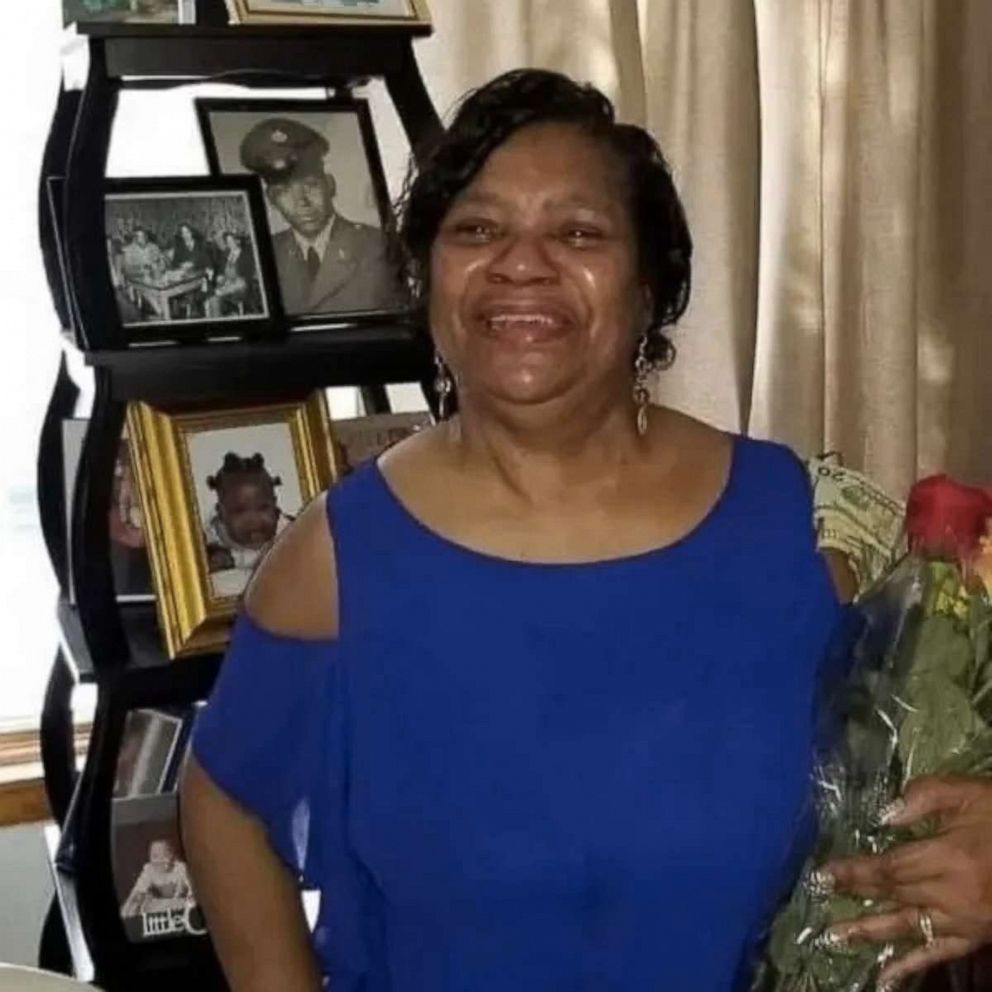 Celestine Chaney, 65, of Buffalo, was a mother and grandmother of six, The Buffalo News reported.

She was shopping with her older sister, JoAnn Daniels, when she was shot, according to the newspaper.

"She was a breast cancer survivor and she survived aneurysms in her brain, and then she goes to Tops and gets shot," her sister told The Buffalo News.

Chaney's son, Wayne Jones, told the newspaper, "If people's moms are still around, just don't be too caught up in social media and the world to pick up the phone and talk to your mom or your dad."

"She was unapologetic about making sure our community was not ignored," Massey's friend, former Erie County Legislator Betty Jean Grant, told the The Buffalo News. "We lost a powerful, powerful voice."