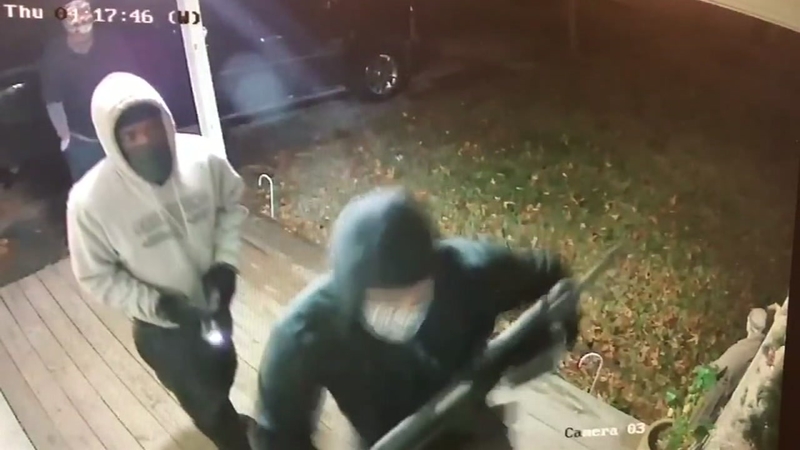 HOUSTON, Texas -- A Texas man is sharing a heart-stopping scene that played out on his front porch as he and his wife were sleeping inside.

Chris Riggs has two camera angles of an attempted home invasion. One is from above his front door, the other is from the vantage point of the doorbell and it practically puts the viewer there.

"I'm still thinking about it," Riggs said. "Still shook up."

The video shows three men running up to the front door around 4:17 a.m. Thursday in a Houston neighborhood. The one leading the way was carrying an assault rifle. Another has a pistol. They tried twice to kick in the door.

When they can't, they turn around and leave.

What was even scarier, he said, is that the crooks were undeterred by the vehicles in the driveway and the lights that were on.

When Riggs saw the footprint on the front door Thursday afternoon, he checked his cameras and was shocked.

"It's very scary to see somebody almost invade your privacy and hurt you. They're not coming in to hold your hand and say, 'Hey where's all your stuff at?' They were probably coming in to hurt us."