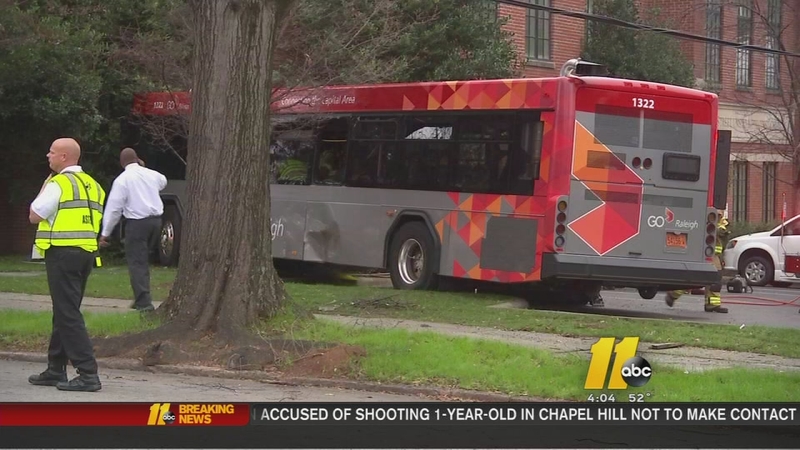 RALEIGH (WTVD) -- A man faces a long list of charges after allegedly causing a crash with a bus in Raleigh on Monday morning.

It happened on West Edenton Street at South McDowell Street about 9:30 a.m. Police said Monday afternoon that the streets have been reopened.

After the collision, the Go Raleigh bus continued off the road, into a power pole, through some bushes, and into a corner of a church building. Electrical wires were pulled down.

Several people were taken to the hospital, but police said the injuries were not serious.

Police said the driver of the sedan that hit the bus then got out and ran.

Joseph Mederious Craveiro, 63, is charged with felony hit and run, misdemeanor hit and run, driving with license revoked, failing to stop at a red light, and DWI.