Target announced that it is joining other major retailers like Amazon and Walmart in offering the buy-now-pay-later option.
WTVD 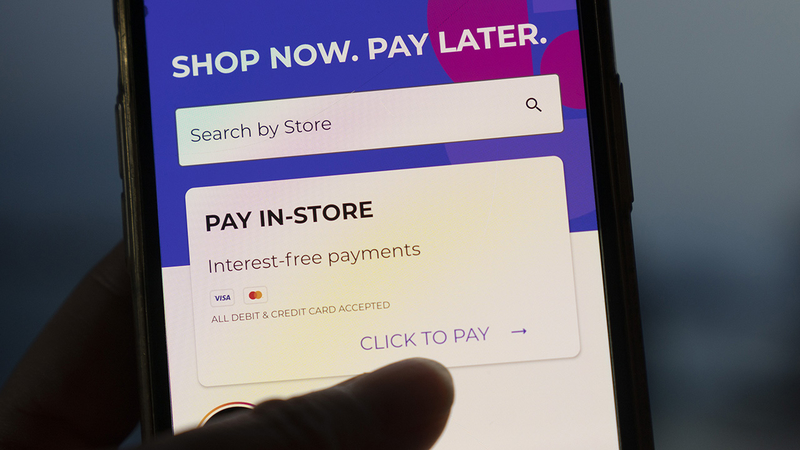 Everything you need to know about 'buy now, pay later'

NEW YORK -- "Buy now, pay later," the latest trend in retail, is a payment system that allows customers to walk out of a store -- or check out online -- with the items they want and settle up in interest-free installments afterward.

Target announced Wednesday that it is joining other major retailers like Amazon and Walmart in offering the buy-now-pay-later option, giving online shoppers the ability to order and pick up items same-day while spreading out payments over weeks or months.

The retailer has teamed up with financial companies Affirm and Sezzle to offer installment plans on certain items.

Experts predict that a growing number of companies will soon partner up with third-party service providers like Afterpay, Affirm and Sezzle to embrace this option.

And it's no wonder: in a recent survey of 2,005 online consumers, 60% said they've used "buy now, pay later." The option is especially appealing to younger shoppers and people who don't have credit cards, experts say.

Installment plans are also popular with retailers because they encourage customers to spend more money.

"Consumers are really worried about whether or not they're going to be able to get their products in time for Christmas. So, when you see a 'buy now, pay later,' you can get your product right now. You don't have to worry about the shopping rush," Herzog said.

Yet experts warn that the option also has its risks.

"The payments are interest-free if you pay on time," Herzog said. "If you miss a payment, or you don't pay, they're going to charge you late fees."

Buy-now-pay-later loans are like any other form of debt, so shoppers should be careful and thoughtful to avoid buyer's remorse or financial downfalls.

And these purchases miss out on rewards points and cash back that credit cards offer.