Jaden Battle's bedroom wall is covered in Panthers memorabilia, but the most prized item on display comes from his favorite player: Cam Newton.

"He's the best quarterback in the NFL," Jaden said. "He can throw the ball, run the ball, and he can dab."

Cam Newton also gives back. The quarterback started handing out touchdown game balls to kids in Panthers jerseys after the team scored this season.

That scenario was Jaden's dream, and last August it came true. 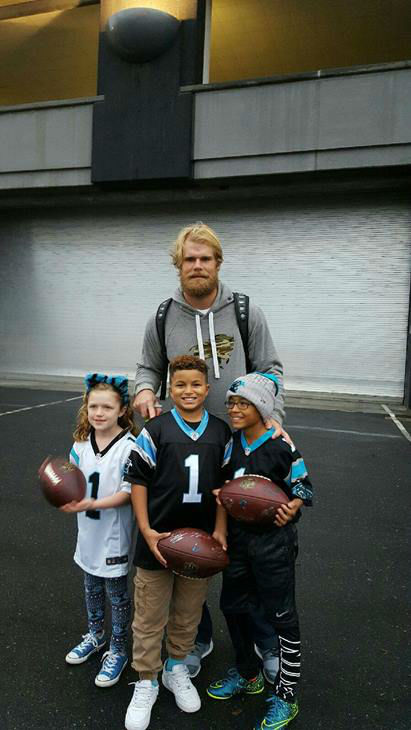 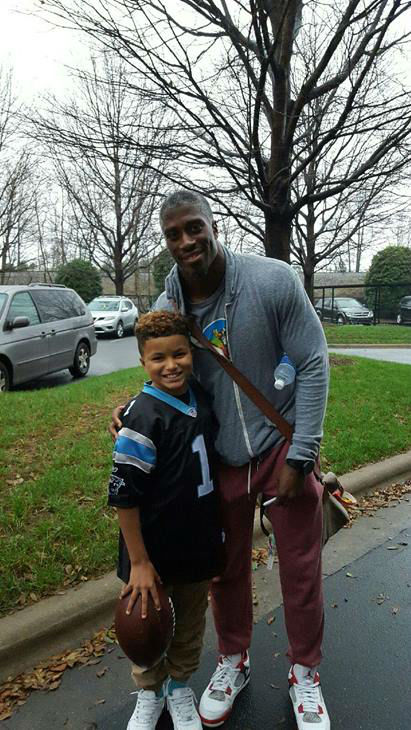 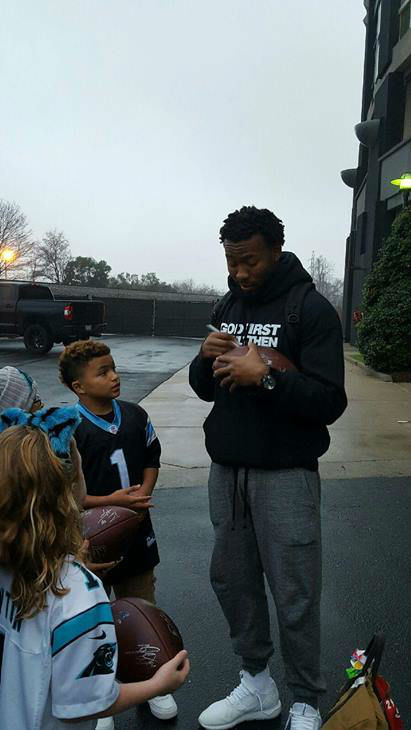 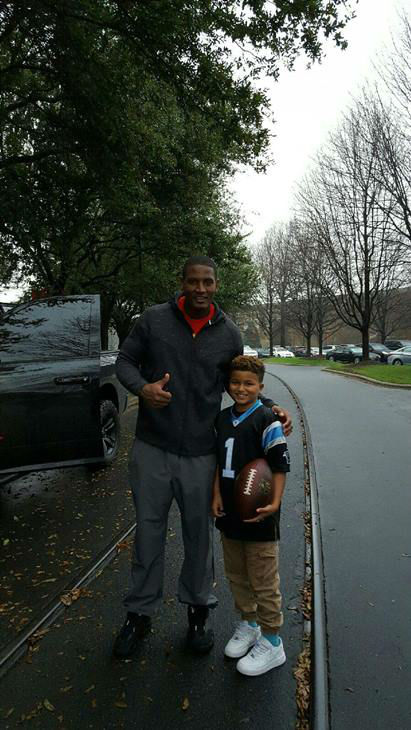 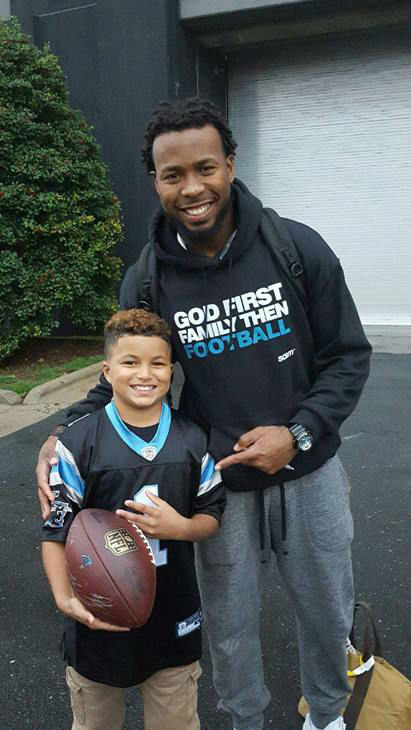 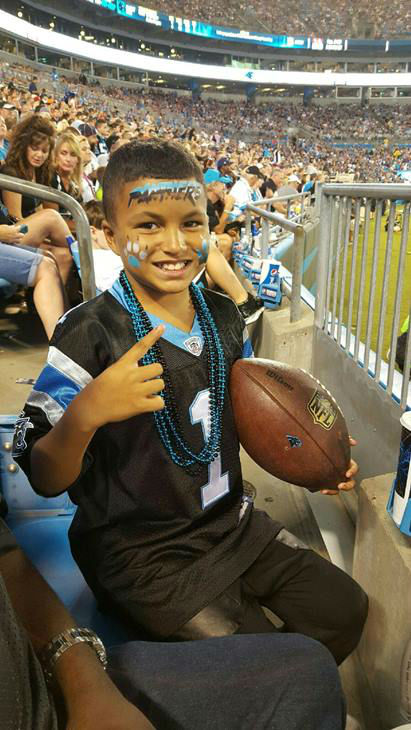 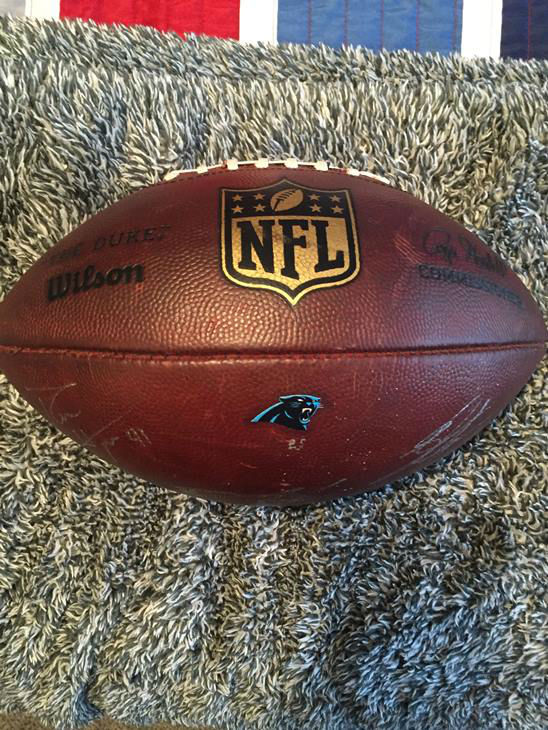 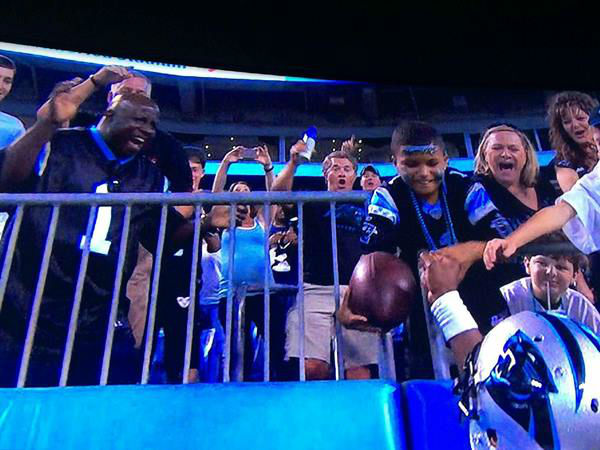 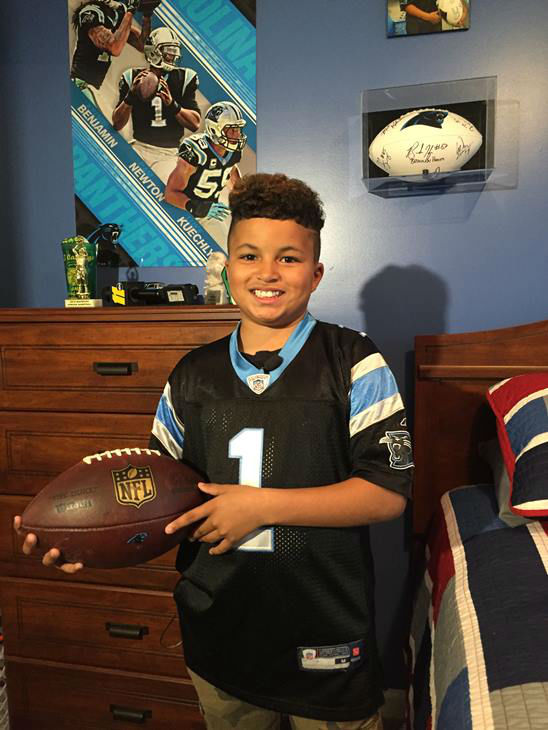 1 of 9
Jaden Battle with the Panthers game ball

The Raleigh native sat in the front row at Bank of America Stadium for the first time during the team's preseason game versus the Patriots and watched a big interception turn into a touchdown pass from Cam to Mike Tolbert. The play changed the game for the team and for Jaden.

"He came over to me because I was wearing this Cam jersey," Jaden said. "Then I was telling him, 'Cam, Cam get over here!' I was yelling and screaming."

Jaden's mother, Christi, actually missed the big play because she was at the concession stand buying her son something to drink. Her husband called her to let her know what happened, and she actually hung up the phone because she didn't believe him.

"[Jaden] talked non-stop [about the game] all the way back from Charlotte," Christi said. "He actually slept with the ball."

Jaden's big moment didn't end there. The 11 year old actually went home with two footballs that day, after nabbing one earlier during the Panthers Alumni game.

"It was signed by all the [Panthers] legends that went to the Hall of Fame," Jaden said.

"I told him, 'Jaden, that's really cool. That doesn't happen.' You see all the people in the stands, they probably threw out thirty balls," Christi said. "Then he [also] got the touchdown ball? That never happens."

"You should consider yourself lucky," she told Jaden after the game.

The luck for the young Panthers fan continued. Even though Cam's signature isn't on that game ball, big name players like Greg Olsen and Josh Norman helped make Jaden's experience even better with autographs.

"He said when Josh Norman was signing it, 'Oh my god, I must be dreaming,'" Christi said. "That was like the most priceless point."

An even more priceless moment for new season-ticket holders would include a Super Bowl victory. The Battle family plans on hosting a party for the big game, and Jaden's new gear will likely be the biggest hit of all.

First, though, his mom wants to make sure her son's rare item is highly-protected.