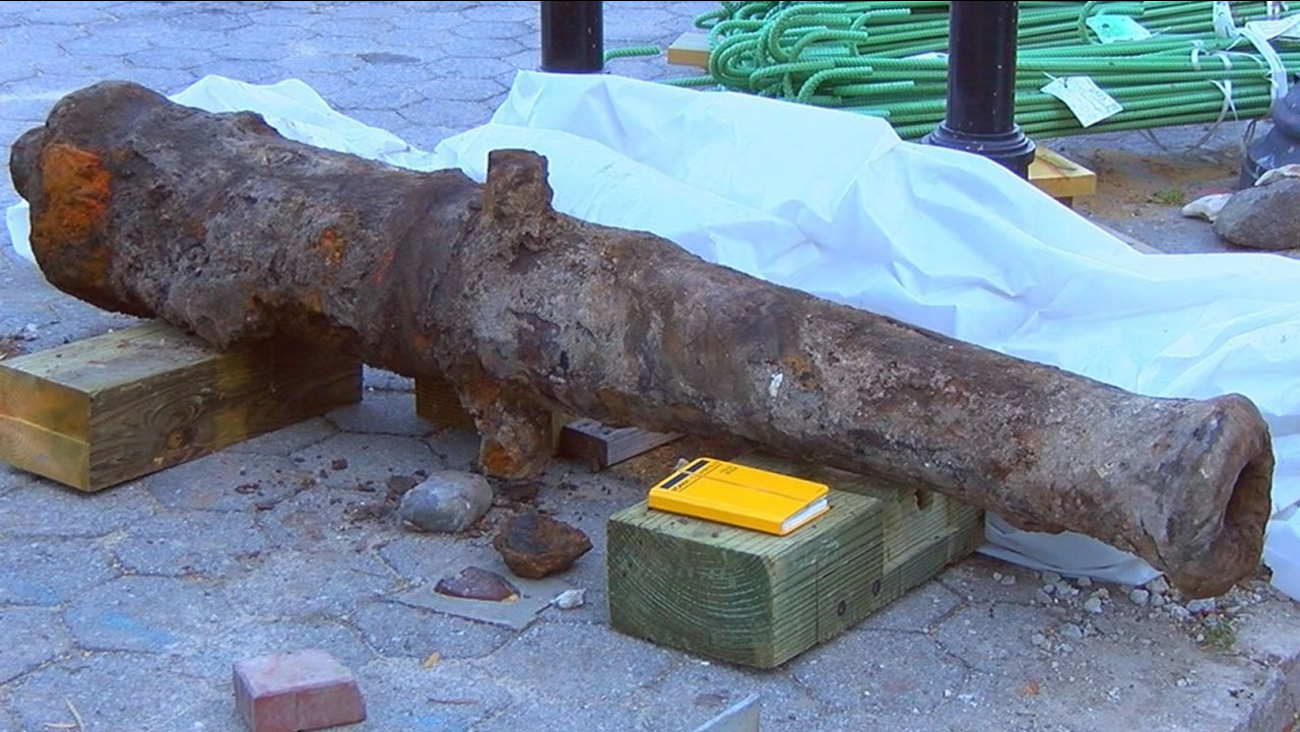 A construction worker found the cannon under the street right in front of the federal courthouse. (image courtesy WWAY-TV)

WILMINGTON, N.C. (WTVD) -- What may be a centuries-old cannon has been found by construction crews in Wilmington.

Wes Horrell with Atlantic Construction said he was digging with a machine Tuesday afternoon and pulled out a large metal piece from about seven feet underground in front of the Alton Lennon Federal Building.

WWAY-TV reports Chris Southerly with the Underwater Archaeology Branch of the North Carolina Office of State Archaeology said the size, style, and design of the cannon would date it to the early 18th century.

University of North Carolina at Wilmington professor Chris Fonvielle said the cannon appeared to be a Colonial or Revolutionary War-era cannon.

Wilmington police spokeswoman Cathryn Lindsay said the bomb squad called in experts from Fort Fisher's archaeological society to examine the possible cannon. The experts will try to determine whether the cannon is still loaded with ammunition.