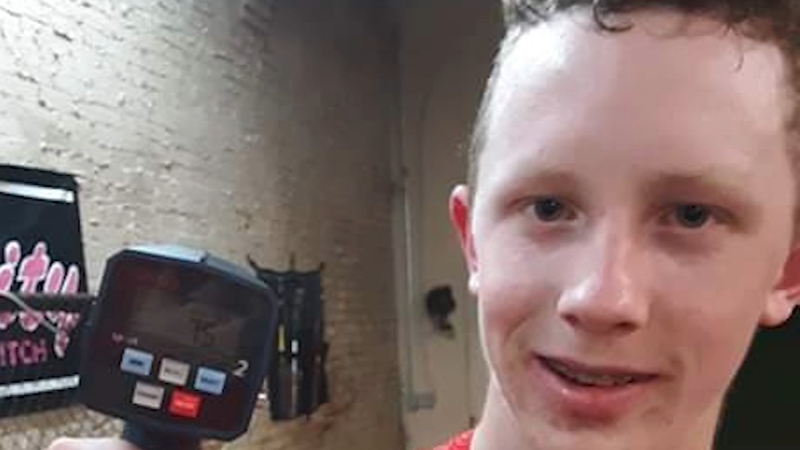 The academy's headmaster said the high school player, Landon Peregoy, collapsed around 4 p.m. during the tryouts.

In a statement Thursday, the headmaster said the student collapsed due to an undiagnosed medical condition. Peregoy's family tells ABC11, he has been moved from WakeMed to Duke Hospital where he is in the ICU and in stable condition as of Thursday morning.

PRAYERS FOR LANDON: 17-year-old Landon Peregoy suffered a life-threatening medical emergency while trying out for the baseball team at his school yesterday. His family says he’s in the ICU at Duke where he is being treated. At 5:30,how the community is rallying around him.#abc11 pic.twitter.com/uxrRWOXfLE

The school's baseball coach Marty Priebe and Harnett County EMS rushed the player to an out of town hospital.

"God had the right people at the right place at the right time," Karen Parker, the school's headmaster said in a written statement. "Our prayers go out to the player, his family, his friends and the medical community as they address this emergency."

"Baseball means the world to him. The opportunity he had at Cape Fear Christian to play this year, he was looking forward to that. I think he was going to be the ace pitcher on their staff," said House. "He got up to throwing 75 miles an hour. When I first met him, he was throwing about 50. He's put 25 miles an hour on his fastball in a little over three years"

The 17-year-old is a junior at Cape Fear Christian Academy.