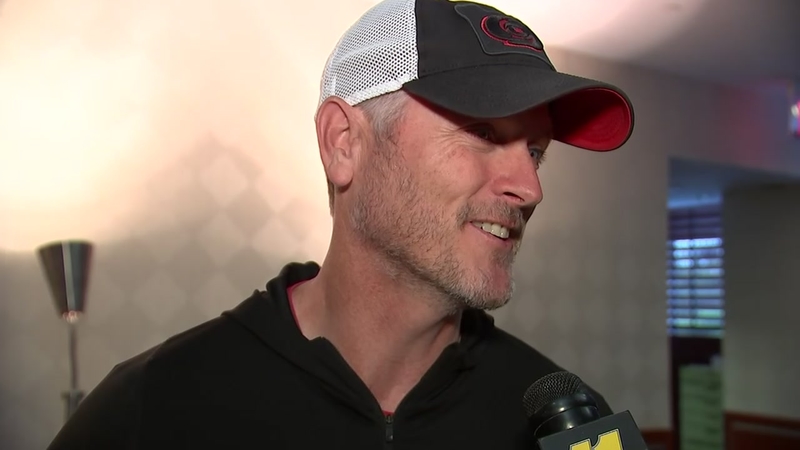 RALEIGH, N.C. (WTVD) -- Carolina Hurricanes owner Tom Dundon was inside PNC Arena on Monday night when the Canes shut out the Capitals 5-0, and he said the energy inside the arena was what he's been wanting for these fans all along.

"We've had good players for a while and probably (hiring head coach Rod) Brind'Amour is the best thing we did ... and he gets the most out of what we have," Dundon said. "We have some talent and they play hard."

Dundon told ABC11 before Thursday night's Game 4 at PNC Arena that Raleigh is beginning to feel like a hockey town again.

Tom Dundon says #Raleigh is starting to feel like a hockey town again... sure seems that way tonight. #Canes already up 1-0 over the #Caps @NHLCanes @ABC11_WTVD @TDCanes pic.twitter.com/kUl29d10Gt

"When I got here, there was a lot of fans that cared - just not enough," Dundon said. "We had to grow that number and it feels like it's growing pretty quickly, and we just have to keep doing our part."

Dundon said it was "almost a relief" how well the team played Monday night in a dominating win against the Stanley Cup champions that got the Hurricanes back in the series.

There are 19,202 fans in attendance tonight...that's a #PNCArena record for a hockey game. #ABC11

"When they play like that, it's such a relief," he said. "Everyone's worked so hard, tried so hard, and to get the fans reengaged ... to have something to build, you have to have some success at some point, and what's nice is we don't have to talk about it, we can actually do it."

Dundon also said the plan was never to relocate the team and now the goal is to just keep on building on this momentum.

"The more support, there would be no reason to leave," he said. "If you do this every night, this is what it's supposed to be.