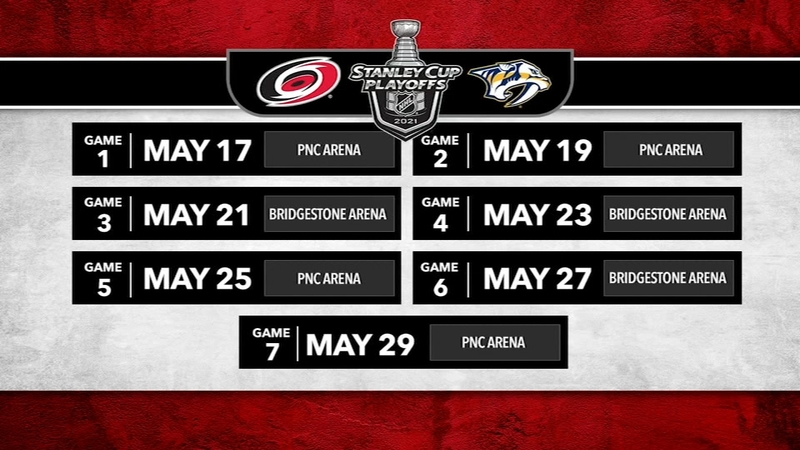 RALEIGH, N.C. (WTVD) -- The Carolina Hurricanes announced on Thursday the team's schedule for the first round of the 2021 Stanley Cup Playoffs.

The Canes will play the Nashville Predators to open the playoffs. It will be the first time the two teams have met in the postseason. 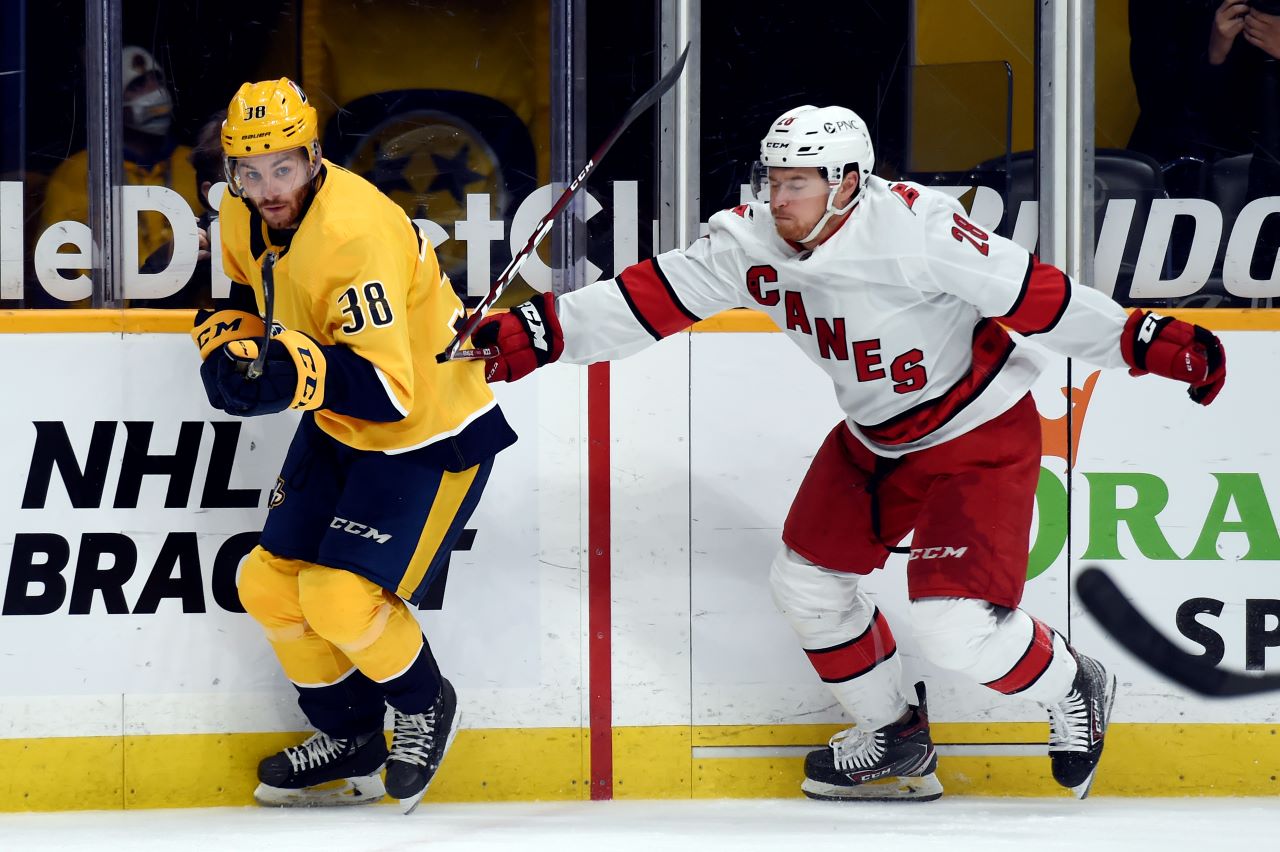 The Hurricanes are making their third consecutive playoff appearance for the first time since relocating to North Carolina in 1997.

The series shifts to Nashville on May 21 for a 7 p.m. game and Game 4 is set for May 23 in Nashville. Game time has not been determined.