New coach, star guard have Cary Academy off to a hot start 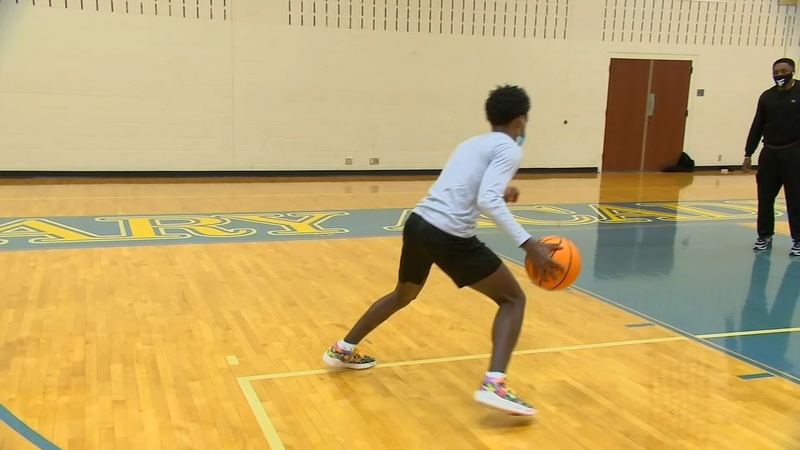 New coach, star guard have Cary Academy off to a hot start

CARY, N.C. (WTVD) -- Despite uncertainty because of COVID-19 and the adjustment of a new head coach, the Cary Academy boys basketball team is off to one of its best starts in school history with sophomore point guard Chase Dawson leading the way.

"Of course, with the new coach we had a whole culture change," Dawson said. "Coach I, he really emphasizes the defense and playing hard. He loves guys that play hard. I feel like the more we play hard, the easier games are to win."

The Chargers, who won a combined 11 games the past two years are off to a 5-0 start this season including a win over Durham Academy in which the team hit the century mark for the first time in school history, led by Dawson who scored 38 points.

"We haven't beaten Durham Academy in a long time," Dawson said. "We came out with a lot of energy and we ended up putting up 103 point in that game, and I feel like we played good defense throughout the game. Being locked in defensively really helped us get most of our wins this year."

"That's one of the things he's doing is being a major, major factor of turning the program around," Benjamin said. "Everybody on the team likes him. He lights up a room every time he comes in. He's a typical kid. You see him out there on the court and he's working so hard. At the same time it's one of those where everyone wants to be around the kid."

Dawson, who's averaging 30.4 points per game, has dreams of playing Division I college basketball and said he on his new coach, who played basketball at NC State in the late 1990s and knows what it takes. In four years with the Wolfpack, Benjamin, a guard, averaged 10.7 points per game and 3.7 assists.

"I text him after every game just knowing what I can get better on," Dawson said. "He's really helped me this year get better, and I feel like most of my performances I can really thank him for because listening to what he says helps me get to my spots and able to score points."

"The biggest thing with Chase is that he's got good teammates," Benjamin said. "He's in a good situation. He's in a program with the last year, the last couple of years they've been in the bottom of the conference, and now since he's been doing his thing and the team has actually been winning, he's gaining a lot more interest from other programs around the state."