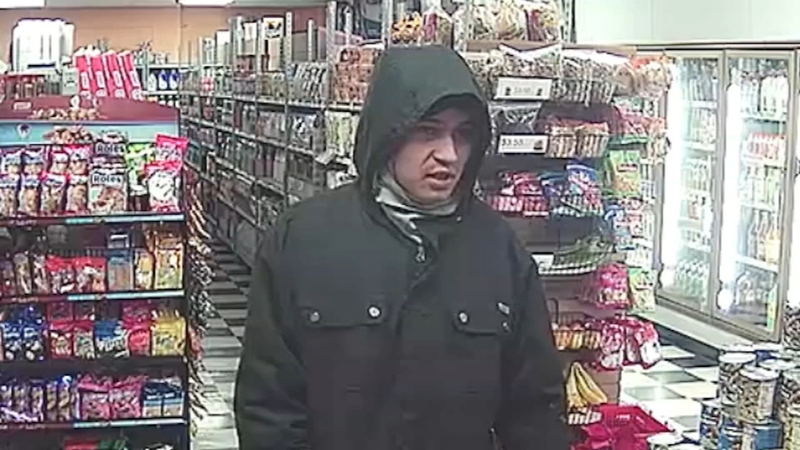 ABC11 spoke with a member of the family that owns the store, Tienda La Roca at 1401 Southeast Maynard Road.

He said his mother was the victim and was terrified during the heist.

"They came and pointed the gun and told her to put the money in, to give them the money. And she got scared so she told them to take it. But they were like, no, you give it to us," he said.

It was just hours before his family had planned to begin their holiday celebration.

The 13-year-old said his mother told him the man holding the semi-automatic handgun appeared nervous like this might be his first robbery.

"He was like, scared to hold the gun. And then she thought they were going to shoot her or something," he said.

Cary Police are hoping someone will recognize this man and maybe even the other robber, although that robber had his face partially covered.

People who frequent the shopping center on the edge of downtown Cary can understand why police are concerned.

Although none wanted to talk on camera, they know that during a robbery anything can happen.

And when a gun goes off in a confined space anyone, even customers can be hit.

"They might pull the trigger on accident and then they shoot somebody," Jose said.

He added, "They don't care about nothing. They're like, mean people."

Jose said that during the robbery, his mom was thinking about her family and became emotional.

"Like really sad because she thought she was never going to see us again," he said.

Jose said his mom was in a funk and they wanted to cheer her up on Christmas Day.

"We tried to have fun so it would be better for her," he said.

If you recognize either of the robbers, Cary Police would like to hear from you.