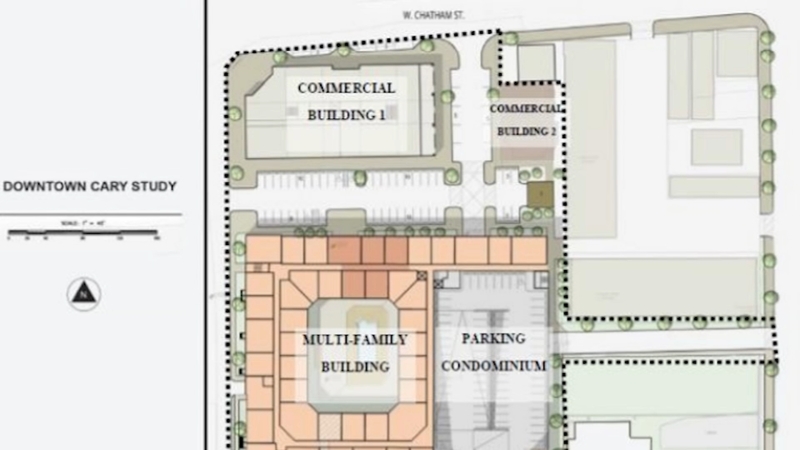 The development will be located on Chatham Street between Harrison Avenue and Academy Street.

"There is an overall demand of a variety of housing types and being able to have diversity of housing with walkability so that you don't have to get in your car to go everywhere," said Ted Boyd, Director of Economic Development for the Town of Cary.

"You can look around and see this is just a small two-lane road through here," Porter said. "All of these are all two-lane roads. There's not going to be any expansion of the roads but they're adding in thousands and thousands of people."

Lily Reed owns Blue Moon Bakery in downtown. She said the development could draw more customers to her bakery.

"As a small business owner, I think more residential in downtown Cary is a great thing but I also understand the concerns with people that are against the development because of problems it might pose with traffic," Reed said.

"I think will actually help any traffic issues because you're coming in, you're parking once, generally," Boyd said. "You're here for a length of time. Sometimes you're even living here. You don't have to get into your car to drive everywhere."

The Ivey Ellington House is on the future site of the development. The historic house, built in 1870, will be preserved and moved elsewhere.

Some of the land for the project is owned by First Baptist Church. The congregation will vote on it and if approved, a 23-month period to start the design will begin, Boyd said.

"I think it's a very successful and exciting project," Boyd said.

Cary developer Northwoods Associates declined to comment on the project.