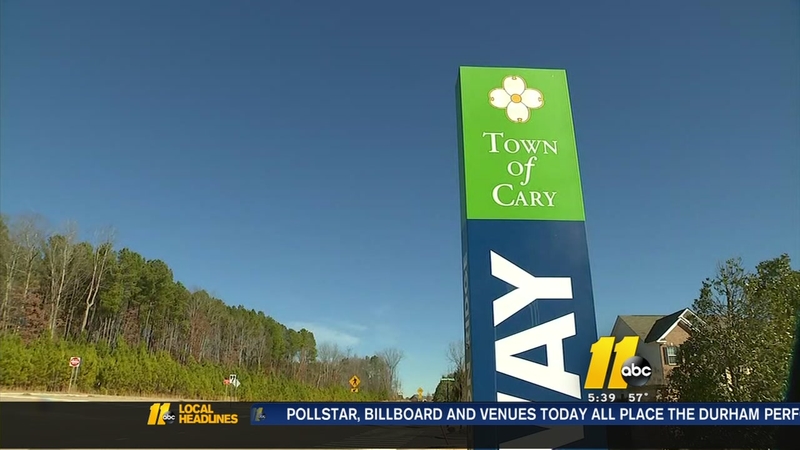 CARY, NC (WTVD) -- A neighborhood in Cary is fighting back against a proposed charter school. Cardinal Charter Cardinal West could go up along Yates Store Road and Weldon Ridge Boulevard.

Many are opposed to the proposal. An online petition is even circulating because residents say another school isn't needed.

He's lived in the area for more than five years with no complaints until talks of a charter school opening its doors started circulating.

Not only is traffic a concern, he says more teenaged drivers with less experience in the neighborhood could be a safety hazard.

It's something one resident agrees with.

"What kind of people is it going to bring to the community? A lot of high school kids just wandering around," said Geeta Paranjape.

She says something that attracted her to this community was the abundance of trees.

But if a school is built they'll be cut down.

Debra Grannan is the senior planner for the town of Cary and she says an entitlement for a school to go here was put in place 14 years ago. Long before any of these residents moved in.

"The request is to change the location for where a school was previously allowed with the rezoning case," Grannan said.

A rezoning request was submitted by the developer to change the boundaries of where the school could go. It would move the school closer to the street. This school could be on a 60-acre site about 50,000 square feet - large enough for more than 2,000 students.