Cary park visitors on edge after rash of car break-ins 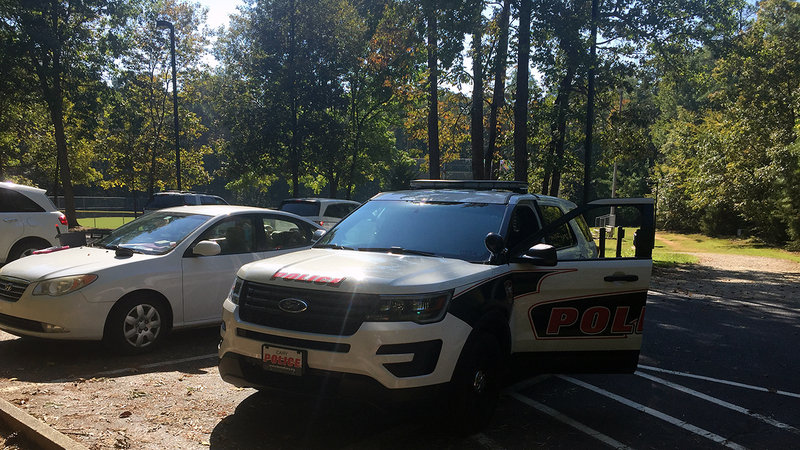 CARY (WTVD) -- Police will tell you that with so many cars having alarm systems most thieves now only go into cars that are unlocked.

But in Cary, at several public parking areas, a thief or thieves are acting much bolder.

There have been car break-ins at seven Cary parks in recent months.

The parks are all over town and include Cary Tennis Park, Godbold Park, and Bond Park.

Do you visit Cary parks? Then you'll want to see my story coming up at 5:30 PM on ABC 11 Eyewitness News. #ABC11 pic.twitter.com/UHY6tc9PRl

At Bond Park, there have been five break-ins, prompting police to put flyers up in bathrooms warning people.

Gail Griffith is one of the Bond Park victims who lost cash and credit cards that were quickly run up with nearly $2,000 in purchases.

While some cars had smashed windows, police had to look closely at her car to see the thief used a tool to jimmy the lock and steal her purse hidden under newspapers in the passenger compartment.

Griffith is a nanny and was at the park with children. Now she's frightened.

"I look around for shadows," Griffith said. "And it just put a real amount of stress on me not knowing if somebody is going to come out again and next time after the children. I'm afraid."

Griffith now has her purse with her at all times.

And that's what police say everyone should do: avoid leaving valuables in their cars.