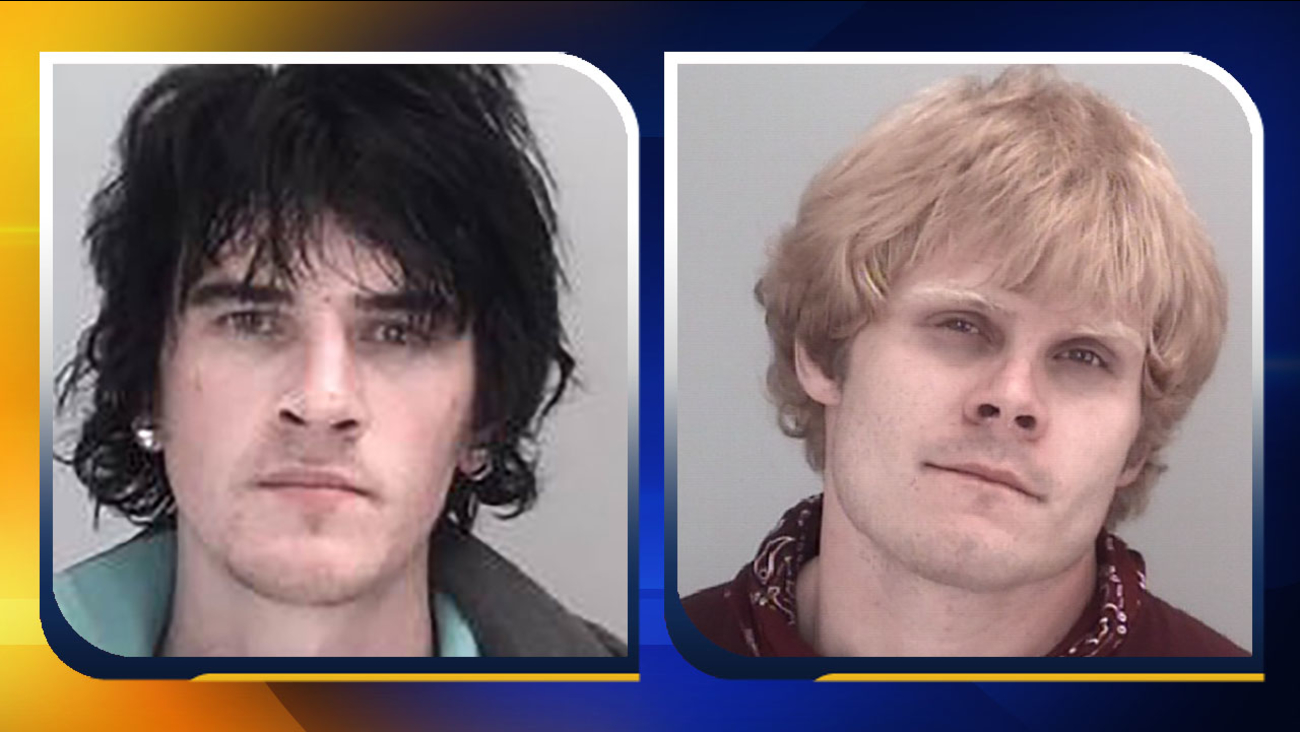 Joshua Allen Chavis, 28, of Raleigh, and Sean Thomas Klinek, 27, of Apex, were both charged with robbery with a dangerous weapon and conspiracy to commit robbery.

Around 4 p.m. officers were called to the Glen Lennox Family Fare BP gas station in the 1200 block of Raleigh Road.

Police say a man armed with a gun, wearing dark clothing and a mask robbed the business. The suspect then fled the store, where a nearby officer saw the man wearing clothing that matched the description enter into a truck nearby. The man then removed his clothing and hid in the seat.

Officers recovered the clothing, two weapons and the money stolen from the business during a traffic stop.

The two suspects were arrested without incident.