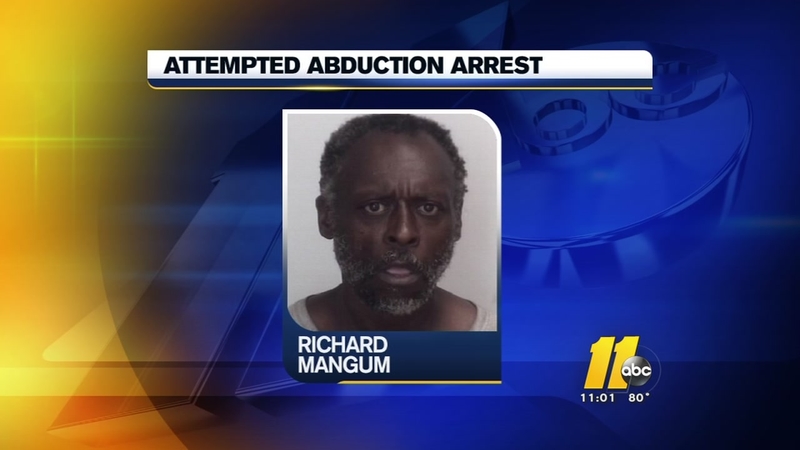 CHAPEL HILL, North Carolina (WTVD) -- Chapel Hill Police arrested a suspect Wednesday that they said grabbed two students and tried to pull them over a fence at the Montessori Academy on Franklin Street,

Teachers quickly intervened and broke up the incident. The man fled, but officers stopped the suspect a short distance from the school (near Walgreens) where he was arrested.

It happened shortly after noon Wednesday. Chapel Hill police officers responded to a report of a suspicious person at the Montessori Academy at 1510 E. Franklin St. The caller reported that a man had walked to the fence around the school and was threatening to physically harm students.

The man then grabbed two students and tried to pull them over the fence.

Children ages 1 through 6 attend the school.

People at nearby businesses told ABC11 that they have seen Mangum walking around the area in the past, but never suspected something like this would happen.

Mangum is being held at the Orange County Jail under a $40,000 secured bond.